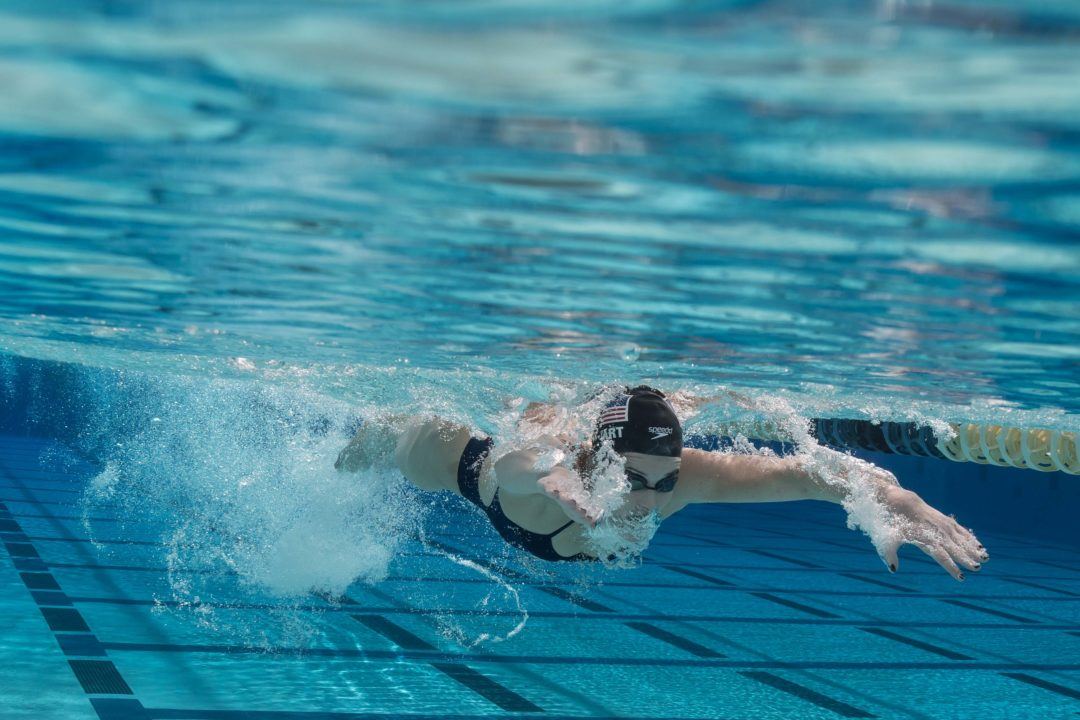 Stewart – who recently joined Team Elite – hadn't been under 58.8 since March 2017, and hadn't come close to her best of 57.82 since 2015 Archive photo via Mike Lewis/Ola Vista Photography

USC alum Kendyl Stewart nearly matched her lifetime best in the 100 fly Sunday night at her former home pool, winning the event in 57.89.

She is now the second-fastest American woman in 2018 behind only Kelsi Dahlia, who is No. 1 in the U.S. with her time of 57.29 from the 2018 TYR Pro Swim Series Columbus stop last weekend.

Stewart, 24, told SwimSwam post-race that she “likes having girls that swim [her] races around [her],” training in San Diego. She specifically pointed to the presence of Sarah Gibson, Helen Moffitt, Katie Meili, and Kathleen Baker.

Awesome swim, this 50/100 fly battle for second should be a fun one!