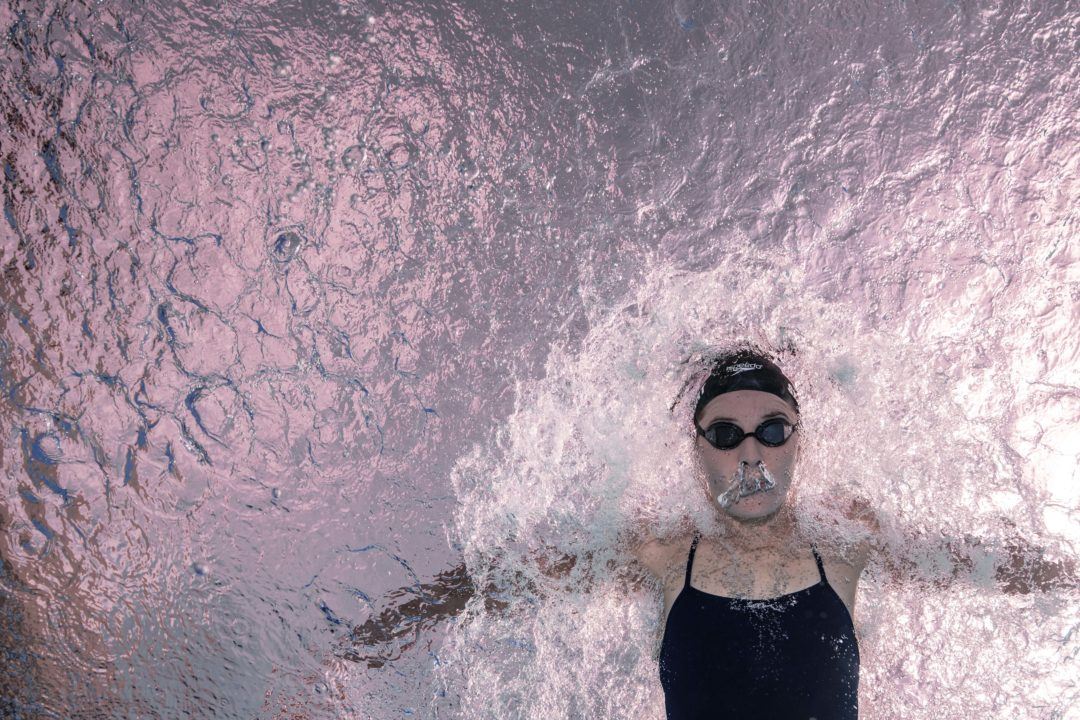 USA Swimming National Team member Kendyl Stewart has left the Trojan Swim Club to join Team Elite in San Diego. There she will train in a group that includes Sarah Gibson, Ryosuke Irie, a group of top Israeli swimmers, and, for the summer at least, National Teamers Katie Meili and Kathleen Baker. The group trains under the coaching of 2016 U.S. Olympic Women’s head coach David Marsh.

“I’m stoked to be back in San Diego,” said Stewart, who grew up training for North Coast Aquatics in San Diego. “I really love LA, and miss it when I’m away, but would be silly not to take advantage of this huge opportunity (literally) right at home. It’s a fun change coming at the perfect time- I definitely have some great swims left in me, and I think a little change of pace will be what brings them out of me.”

She traveled with a group from Team Elite, including Madison Kennedy, Baker, and Moffit, to a meet in Italy last fall.

Now she’ll be training with current U.S. National Team member, and 2017 World Championship Team 100 butterflier, Sarah Gibson in San Diego, and in the same broader team as Moffitt, who finished 6th in the 100 fly and also made the U.S. National Team last summer. Moffitt trains with Team Elite East in Charlotte.

“David is an amazing coach- I had worked with him a little bit at National Team camps, international meets, etc. and knew I could see myself swimming fast under him,” Stewart said of Marsh. “Marko Djordjevik is assistant at UCSD and was a coach of mine in high school- he knows my swimming better than anyone, so having him around again is comforting and exciting for both of us too. And there’s an awesome training group forming!

“It’s been such a fun mix of old and new. It’s pretty crazy to be back at the same pools I swam in growing up, bumping into some of the same coaches and people, but with the change of perspective that comes with a couple years of experience under my belt. I’m excited to see what’s to come.”

Stewart, who is 23-years old, swam collegiately at USC, through the 2015-2016 season. She won silver at the 2015 World Championships as part of the American 400 mixed medley relay, and picked up a women’s medley silver and an individual 100 fly bronze at the 2014 Pan Pac Championships.

Helen Moffit trains at the East Coast Site of TeamElite, I believe

Is she going to move to Auburn after Marsh accepts the offer?

Exactly what I was asking myself :0