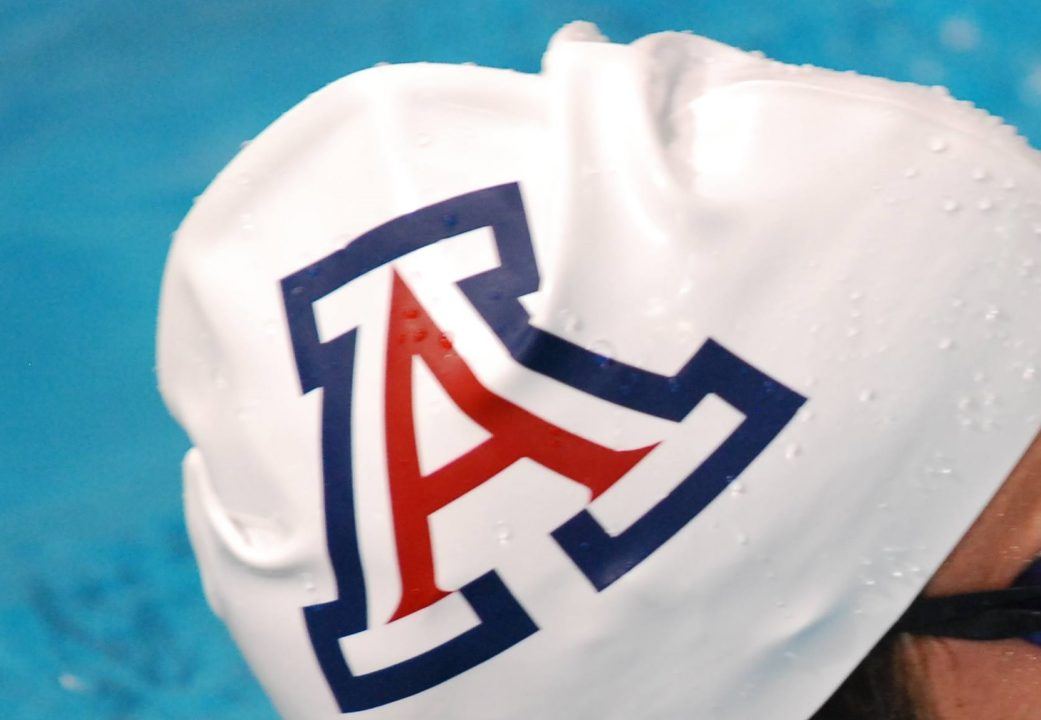 The University of Arizona released a statement on Sunday evening that it had rescinded an offer of employment to John Appleman... Stock photo via SwimSwam.com

The University of Arizona released a statement on Sunday evening that it had rescinded an offer of employment to John Appleman as the school’s next head diving coach. The succinct statement reveals that, in spite of a June announcement of his hiring, Appleman was not yet formally hired.

The statement comes after Appleman was suspended by USA Diving last week for undisclosed reasons. USA Diving responded with a statement when SwimSwam reached out on Friday saying that athlete safety is important to them, but declined to share further details about Appleman’s suspension.

Appleman, formerly the head coach of the Ohio State Diving Club, was announced as the new head diving coach at Arizona in early June. He was suspended by USA Diving on July 12th.

He was previously the head coach and owner of the Dominion Diving Club in Virginia; when he left, 4-time NCAA Division II Champion Stephanie Sutton took over the club. She was also suspended on July 12th.

A former diver at The Ohio State University Diving Club filed a lawsuit on July 11th, the day before Appleman’s suspension, against USA Diving, The Ohio State University Diving Club, and Will Bohonyi – a coach whom, in 2015, was declared permanently ineligible by USA Diving for having a sexual relationship with an underage diver. (See the full complaint here.) The suit only mentions Appleman once: saying that he was informed of Bohonyi’s abuse by one of the victim’s teammates. The suit alleges that “neither USA Diving nor Ohio State took any immediate action against Bohonyi.” Sutton is not mentioned once in the suit, and the suit doesn’t outline any specific accusation against Appleman, by name, that would be a violation of USA Diving’s Code of Conduct.

Sutton’s name does not appear in the complaint at all.

Arizona’s Full Statement is Below:

“The University of Arizona has rescinded an offer of employment to John Appleman, head coach of The Ohio State University diving club.

Appleman was offered a position in April, but his employment was not finalized.”

How can you not escalate something like this?
269. During this trip, Estee’s 2012 Olympic-trial synchronized diving partner, Rachel Rubadue, saw messages on Estee’s phone from Bohonyi that alarmed her.
270. Rubadue informed the head Ohio State Diving club coach, John Appleman, in August 2014 at Senior Nationals, in Knoxville, Tennessee.
Case 1:18-cv-02113-WTL-MJD Document 1 Filed 07/11/18 Page 38 of 63 PageID #: 3836
271. Neither USA Diving nor Ohio State took any immediate action against Bohonyi.

This lawsuit is actually a class action:
CLASS ACTION ALLEGATIONS
344. Plaintiff brings this action individually and pursuant to Federal Rule of Civil Procedure 23(b)(2) and (b)(3) or (c)(4) on behalf of herself and the following “Nationwide… Read more »

The lawsuit is horrid. But Appleman actually fired Bohonyi in August according to the lawsuit. Read items #302 and #301. They are not in chronological order in the lawsuit. It has nonclaim against Appleman. Sutton also has no relationship to this suit. It is simply USA Diving reacting totheir lawsuit. No basis for the suspensions have been made.

Wow, reading through the lawsuit just made you feel sick about being the victims of the coach’s abuse. I can’t imagine that if it were to happen to my or anyone’s children. These sexual predators ought to be jailed and never be let out.

By the way Braden, please bring the old comment format back. Don’t like the new one at old. Hard to read and follow the replies and no thumb up/down. No fun.

tnp101 – thanks for your feedback, this isn’t a ‘new format’ per se, it’s just a stopgap while there’s a glitch in the commenting system. Discuz, which is a massive platform, released an update last night that crashed the whole site (and I imagine many others, as our setup is not atypical).

Hopefully all will return to normal sooner rather than later!

Hope so. Glad to hear that it was just a glitch! Thanks.

By the way, good job for the work done at Swimswam. Love it…so does Volleymob, but Volleymob doesn’t have that many comments yet. Hope it will get lots of visits in the future.

i read the lawsuit as well – just remember these are allegations and nothing has been proven yet. …seems like guilty by association for Appleman altho i have heard that he DID fire the coach named in the lawsuit ?? So hard to believe that this guy (named in the suit) could get away with all that’s stated in the suit for so long….. so much misinformation out there….They seem to be going after everyone USA Diving/USOC/ OSU etc….. very sad situation all around