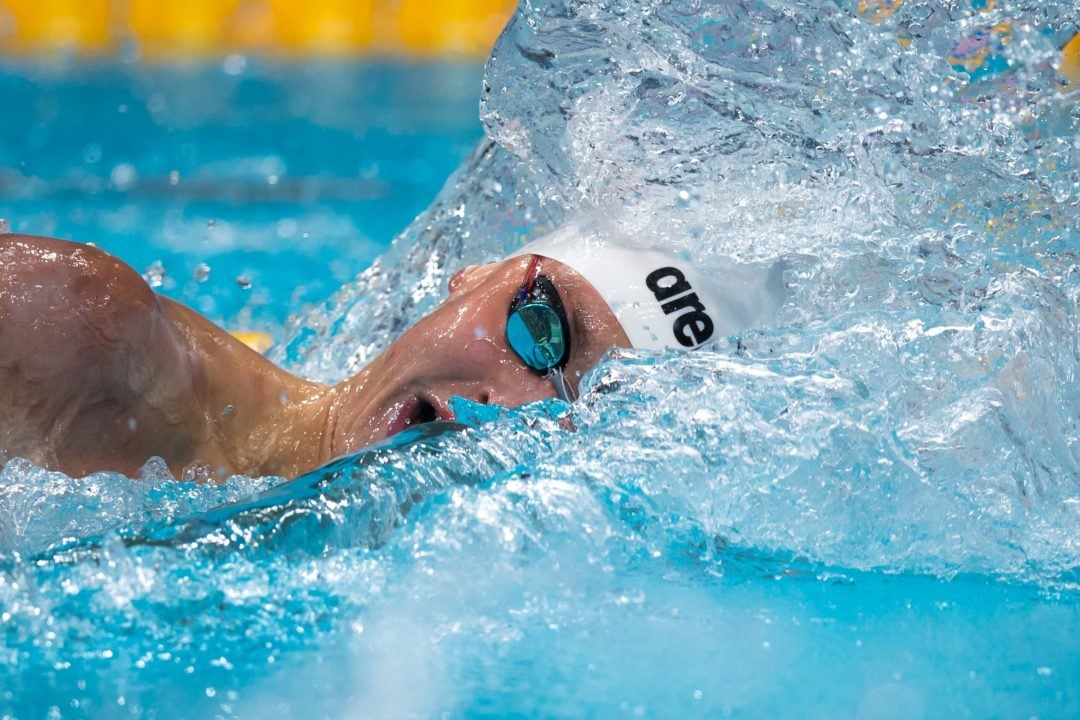 As consolation for the relinquishment of their World Record holder status, Russia set a new National Record and European Record with their 6:46.84 stunner. Archive photo via Mike Lewis/Ola Vista Photography

While swimming in tonight’s men’s 4x200m freestyle relay final in Hangzhou, Russia represented one of three nations who dipped under the previous World Record mark of 6:49.04. Russia scored a painstakingly close silver behind winners and newly-minted WR holders Brazil, who crushed a winning effort of 6:46.81, with Russia hitting the wall only .03 behind them in 6:46.84. Team China notched 6:47.53 for bronze.

As consolation for the relinquishment of their World Record holder status, Russia set a new National Record and European Record with their 6:46.84 stunner. The foursome of Martin Malyutin, Mikhail Vekovishchev, Ivan Girev and Aleksandr Krasnykh kept pace with the Brazilians, even though Malyutin’s 1:42.34 lead-off had the squad in 4th place in the beginning. Vekovishchev’s 1:41.57 2nd leg rocketed Russia into 2nd place, while Girev’s 1:41.85 let them gain in Brazil slightly.

Krasnykh’s 1:41.08 eye-popper of an anchor checked in as the 2nd fastest of the entire field only behind Brazil’s Breno Correia. Correia swam out of his mind to score a final leg of 1:40.98, only .10 ahead of the Russian, but enough to fuel the nation to the wall first for gold and new World Record.