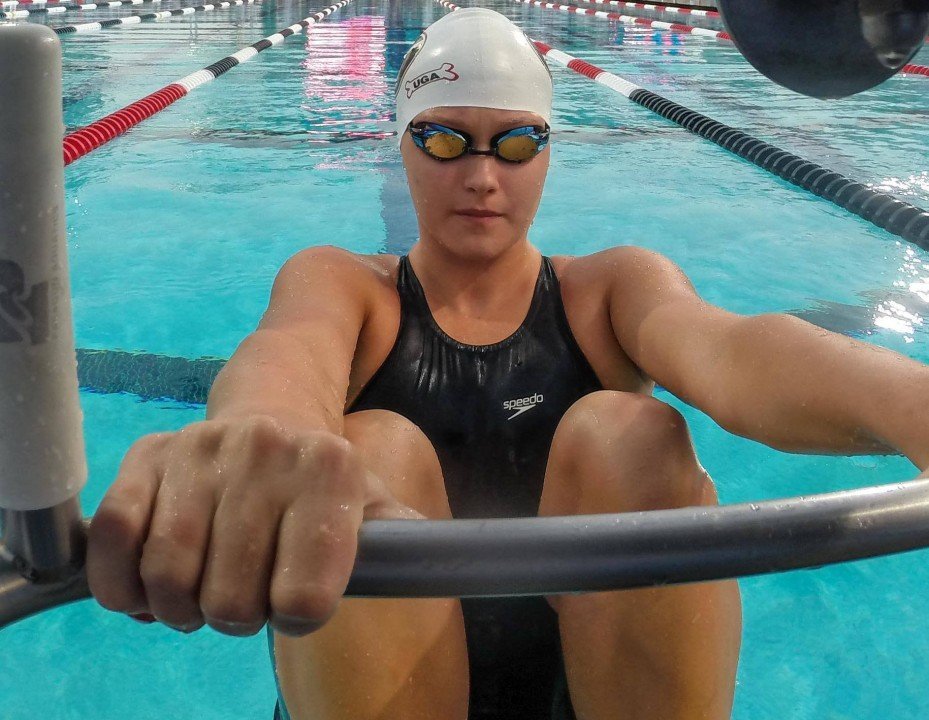 Koski recorded an NCAA automatic qualifying standard during the UGA Fall Invitational. He led off the 800-yard freestyle relay with an A-cut time of 1:33.07. Archive photo via Mike Lewis/Ola Vista Photography

Masterton was the top collegiate finisher in all three disciplines at the Miami Open, recording scores that put the British product in the upper half of UK’s top-10 all-time performances. He won the overall title on the 1-meter springboard with 378.10 points, a score that now ranks fifth on Kentucky’s all-time list. Masterton also had the fifth-best 3-meter performance in program laurels, finishing second overall with 384.90 points. He moved up from seventh to fourth in the platform with a score of 378.10 points, placing fifth overall in the open event.

Smoliga registered three NCAA automatic qualifying standards during the three-day UGA Fall Invitational. She won the 50 freestyle in 21.82 and the 100 freestyle in 47.69, the best times in the nation in both events this season. Smoliga came in second in the 100 backstroke in 51.50, the third-best in the country this year. She also helped the 400 freestyle relay win in 3:13.46, the 400 medley relay come in second and the 200 freestyle and 200 medley relays place third. Behind Smoliga, the Lady Bulldogs came in second in the UGA Fall Invitational. Within the invitational, Georgia swam a dual meet with Auburn and Smoliga helped the Lady Bulldogs win 203-97.