Kitajima Not Ready To Retire 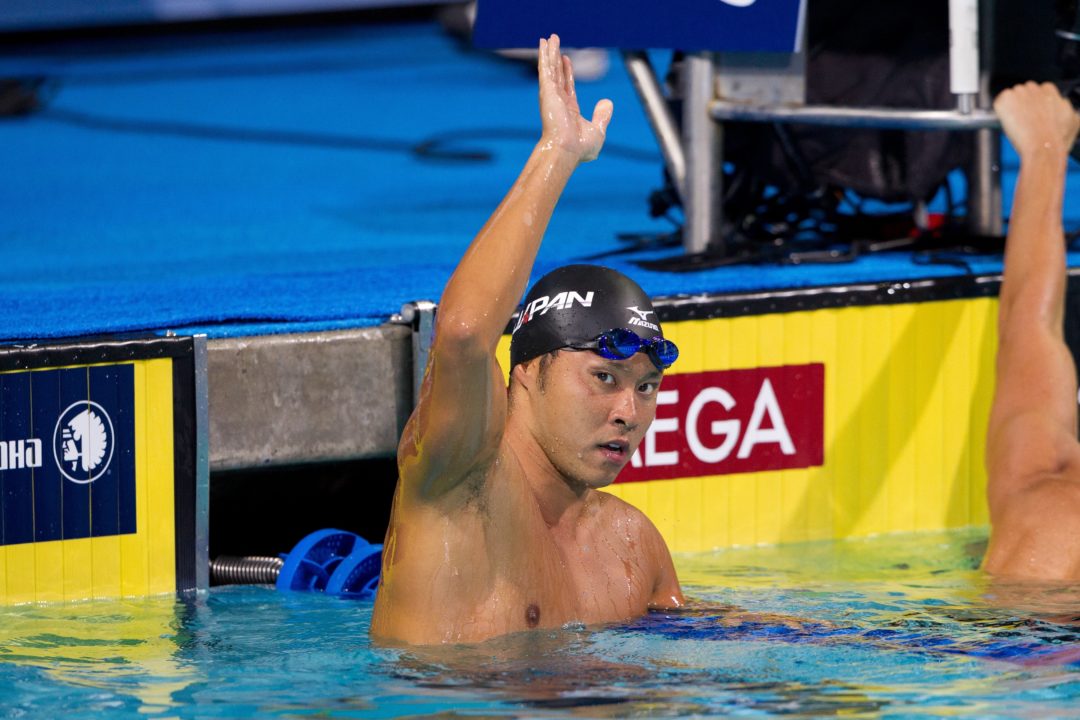 Despite disappointing performances at the Japan Open Olympic legend Kosuke Kitajima told the media at the competition that this wasn't the end of his career... Current photo via Tim Binning/TheSwimPictures.com

Kosuke Kitajima became the first man to win the 100 and 200 breaststroke events at two consecutive Olympics, 2004 and 2008, becoming one of Japan’s greatest athletes, but the four time Olympic champion has seen better days.

Kitajima had an extremely frustrating outing at the Japan Open this past weekend finishing third in the 100 breaststroke (1:00.61) and fifth in the B-final of the 200 breaststroke (2:11.85), failing to make the Japanese teams that will be competing at the Pan Pacific Championships and Asian Games.

Despite the disappointing performances, he told the media at the competition that this wasn’t the end, “For the time being I won’t be retiring,” said Kitajima. “I know you would like me to say I am.”

He also told Nikkan Sports that since the 2012 Olympics, where he finished fourth in the 200 breaststroke and fifth in the 100 breaststroke, he has not put everything he can into his preparation, “I haven’t been taking it flat out this season and last,” said Kitajima.

“It’s about how to approach swimming in a serious way, but I’m not retiring. I will have to begin training earlier (next season) and start from scratch.”

Last year Kitajima finished sixth at the World Championships in the 100 breaststroke.

Many in the Japanese media were already calling Yasuhiro Koeski, who took both the 100 and 200 breaststroke at the Japan Open, a rising star in the “Post Kitajima” era.

Although he will be extending his career he did admit to several media outlets that “Time’s running out.”

Wither Akihiro Yamaguchi? I thought HE was the future of Japanese breaststroke. You know, as the current (teenage) world record holder in the 200 breast and all

Where are all the trolls calling for Kitajima’s retirement? He’s ranked in the top 25 in only 1 event, where he’s ranked 20th.

Good for him. Swimming is for fans, but above all, swimming is for swimmers. Glad he is following his own path and not bending to pressure from the media or fans. I still haven’t quite forgiven him for screaming in Hansen’s ear after the 100 BR final in Athens, but that’s another matter.

Great to see him still swimming, we could learn something from watching his technique. The Irie of breaststroke (or the other way around maybe?)

I must say, with the way he swam in the 4 x 100 Medley Relay at the Olympics I was surprised he didn’t at least win the bronze in the 100 or 200 breast in London! The pressure of the moment and the weight of history seemed to overwhelm him, understandably. So I believe he’s got one or two more big meets in him!

Ah, good ole Kita-cheata, this first swimmer to win gold medals by cheating with an illegal under water kick. Was hoping we had seen the last of him.