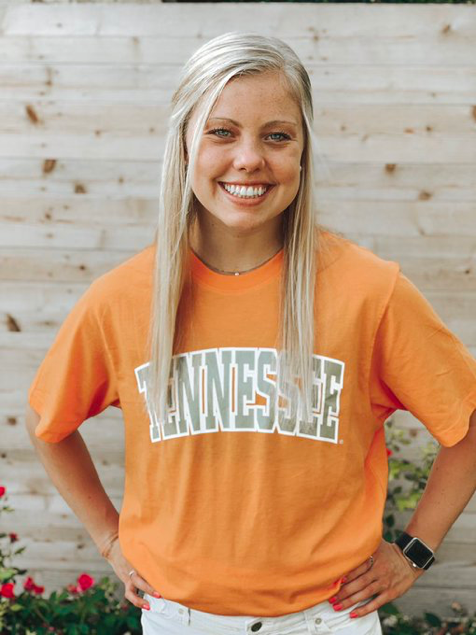 After we reported yesterday that Shields had entered the NCAA transfer portal, the former Texas swimmer has confirmed she's heading to Tennessee. Archive photo via Kendall Shields

Delaney will have an immediate impact, as his 50 free best time would’ve led the Badgers entire roster last year.

After we reported yesterday that Kendall Shields had entered the NCAA transfer portal, the former University of Texas swimmer has confirmed with SwimSwam that she’s heading to the University of Tennessee in the SEC. After one season with the Longhorns, she’s headed to Rocky Top to join the Vols, four months after Kaitlin Harty announced the same move.

After lots of prayer and consideration, I’ve decided to attend and swim at the University of Tennessee in the fall! I fell in love with the team’s positive energy and family culture as well as the support from coaches Matt Kredich, Josh Huger and Ashley Jahn. While I am so thankful for my year at Texas, I can’t wait to embark on the rest of my career in Knoxville! GO VOLS!! 🧡

*A bolded time means a lifetime best done in college

In her freshman year with Texas, Shields hit a lifetime best in one event, the 500 free, where she dropped more than four seconds at the mid-season invite meet. Other than that, she was a bit off of bests in her other events. She competed at the Big 12 Champs, finishing in the top 20 in the 200 free, 500 free, and 200 back.

Shields stayed very close to home with her initial college choice to Texas — she went to Vandegrift High School in Austin and trained club with Austin Swim Club.

Tennessee graduated just five roster-members from last season, though one of those was Maddy Banic, one of their most dangerous sprinters. The Vols will lose a huge class next year, including juggernauts Erika Brown, Meghan Small, Stanzi Moseley, and Tess Cieplucha.

There’s a reason I hang my hat in Tennessee…

Go KENDALL! Hope that Tennessee is a good fit.

Seems to be something toxic stewing in Austin these days.

Care to elaborate or just trying to stir something up?