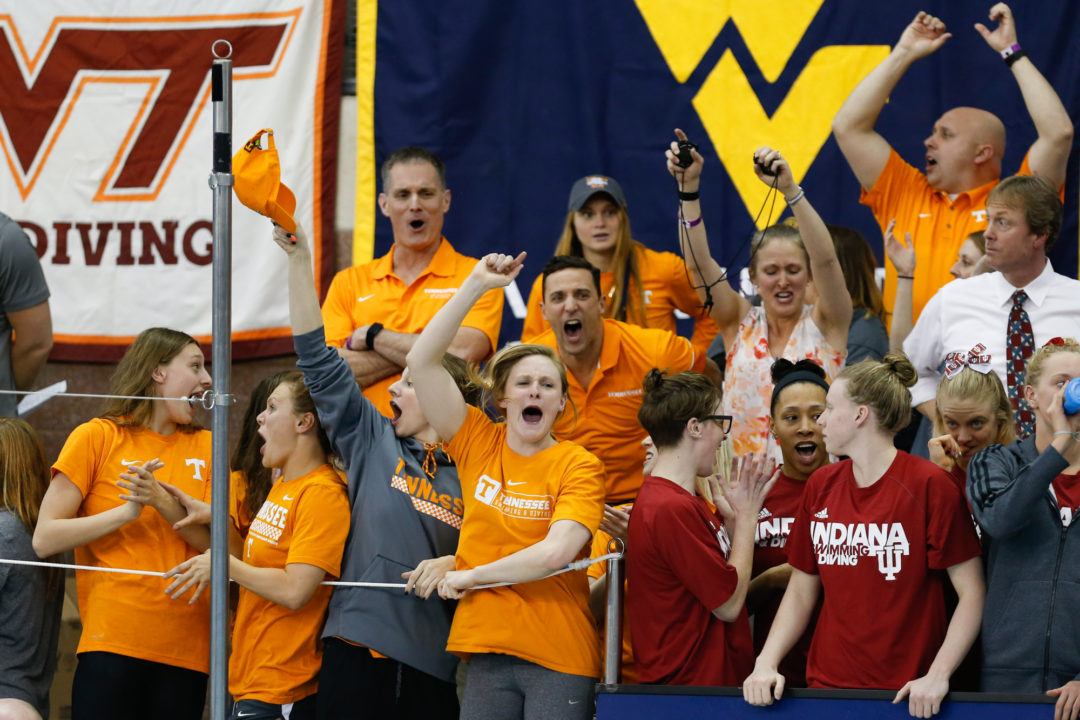 Harty told SwimSwam back in January that she was transferring away from Texas, but didn’t have a destination finalized yet. She competed two seasons at Texas, but didn’t compete at all in the 2018-2019 season, which should leave her with two years of eligibility remaining as of next fall. Harty announced her new home on Instagram this week:

Harty is an outstanding two-distance backstroker, though she hasn’t bettered any of her best times since joining Texas in the fall of 2016. Her best times are listed below, with her collegiate bests in parentheses:

Harty hasn’t made NCAAs in either of her seasons at Texas, though her best times would rank 5th (200 back) and 15th (100 back) on this year’s NCAA psych sheets. She’ll join a young Tennessee team that should return most of its firepower. If Harty can get back towards her best times, the pickup would be huge for Tennessee’s medley relays. The Vols swept the SEC medley titles this year, but were forced to use star freestyler/butterflyer Erika Brown on backstroke. Harty could fill the back spot, allowing Brown to replace outgoing senior Maddy Banic on fly, or put up a huge 100 free anchor leg.

Harty should make her debut next fall for the Volunteers.

Looze and Lily’s faces in above pic are classic

Didn’t she originally commit to Tennessee years ago?

I believe that’s correct, but it was just a verbal commitment, and I think she changed it pretty quickly thereafter.

Is it me or do Tennessee Women get more than an average share of transfers? Why is that if so?

Not compared to ASU and IU.

Let me do the math….two schools get more…so the answer must be YES.