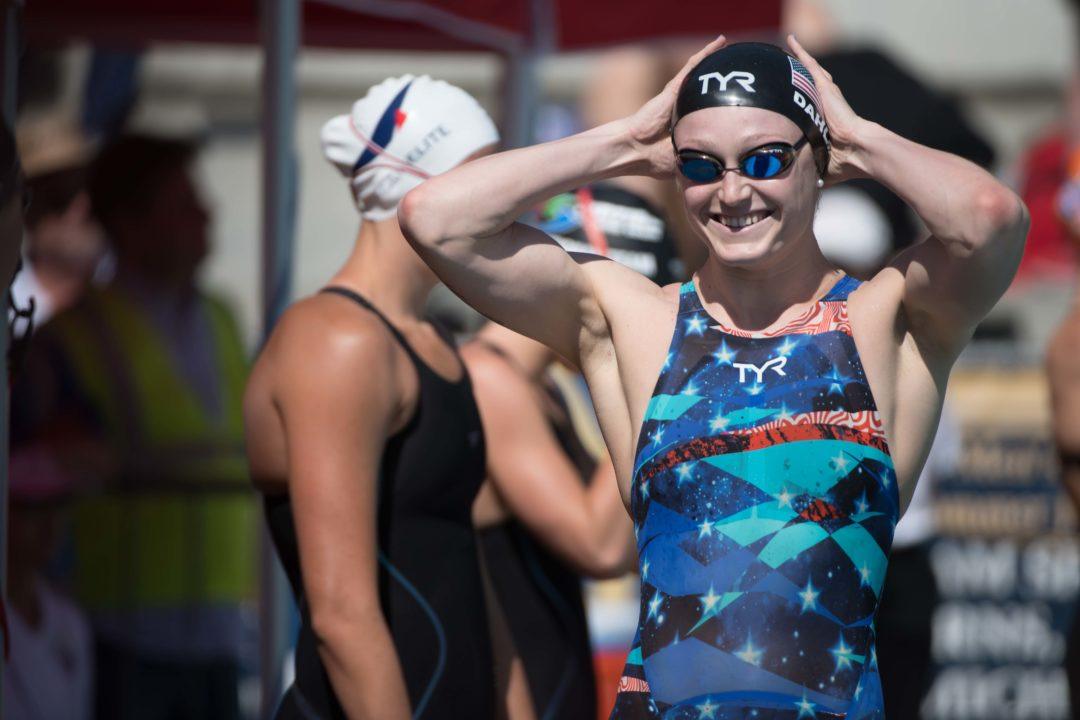 We caught up with Kelsi Dahlia last week, and got her thoughts on marriage, taper, and what lies ahead this summer. Current photo via Mike Lewis/Ola Vista Photography

SwimSwam got to be a fly on the wall at a University of Louisville practice last week, and afterward we caught up with a few different Louisville swimmers to get their thoughts on how they felt six days out from Nationals.

Kelsi (Worrell) Dahlia is now two years removed from NCAA competition, but she had another major life change in the past year, as she married former teammate Thomas Dahlia.  We asked her about that, her general feelings on taper, and what she was looking forward to the most this summer.

Dahlia is slated to swim four events at Nationals next week.  She’s the top seed in both the 50 fly and the 100 fly, and she’s seeded 5th in both the 50 free and the 100 free.  She’ll be vying for a spot on one of several USA National Teams that will be picked based on results from Nationals, including the 2018 Pan Pacific Championships team, the 2019 World Championships team, and the 2019 Pan American Games team.  Dahlia earned five medals at last summer’s World Championships, and also has an Olympic gold medal as part of the 4×100 medley relay in Rio.