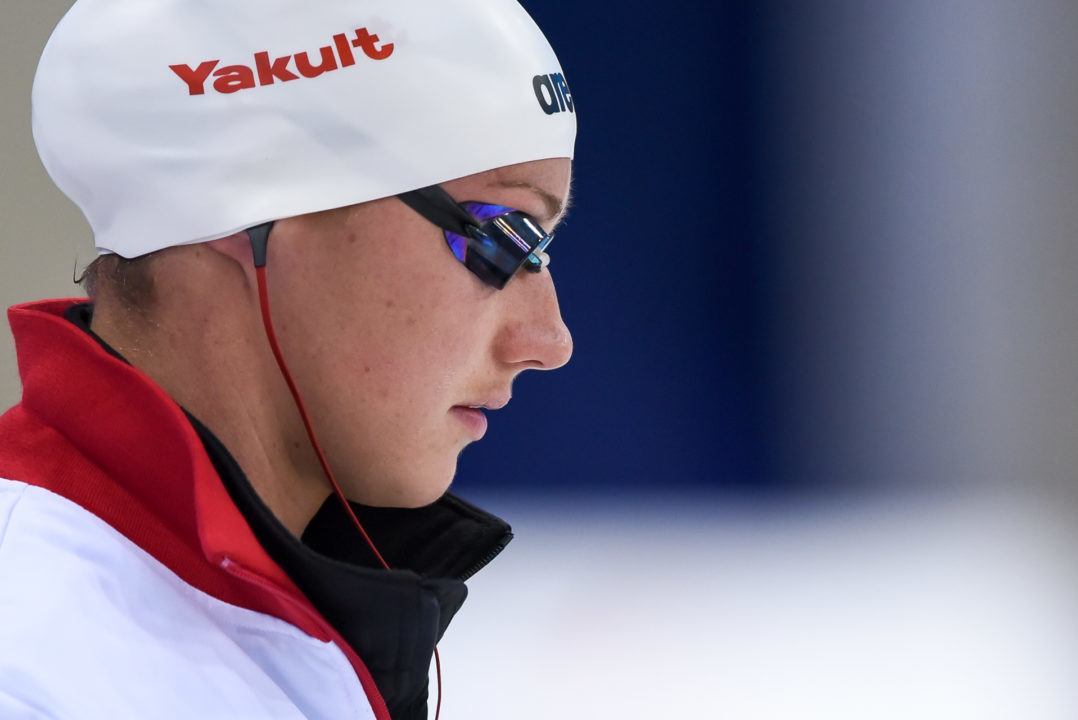 In the Sunday morning (day 2) preliminary rounds of the 2016 Mare Nostrum circuit’s first stop in Monaco, Hungary’s Katinka Hosszu swam under 1 minute in the 100 backstroke for the 24th time in her career.

Her time in prelims was a 59.94, which put her ahead of a deep field that included Zimbabwean Kirsty Coventry (1:01.71) as the 2nd qualifier into finals, as well as Russia’s best Anastasia Fesikova (1:01.79) as the 3rd qualifier.

Even at this early stage of the season, there’s at least 4 swimmers capable of tipping the minute mark in finals, so Hosszu will have to hit number 25 to win this event on Sunday evening.

That will be another crowded session for the Hungarian, as she’s also the top qualifier in the 200 IM (2:10.14) and 200 fly (2:11.13), though she’s not participating in the meet’s stroke-50 shootout events, so that should keep her schedule manageable.

There were many prestigious finishers atop the morning leaderboards, but without much pressure to squeeze through to finals, the times didn’t match the name value. Other top qualifiers include: