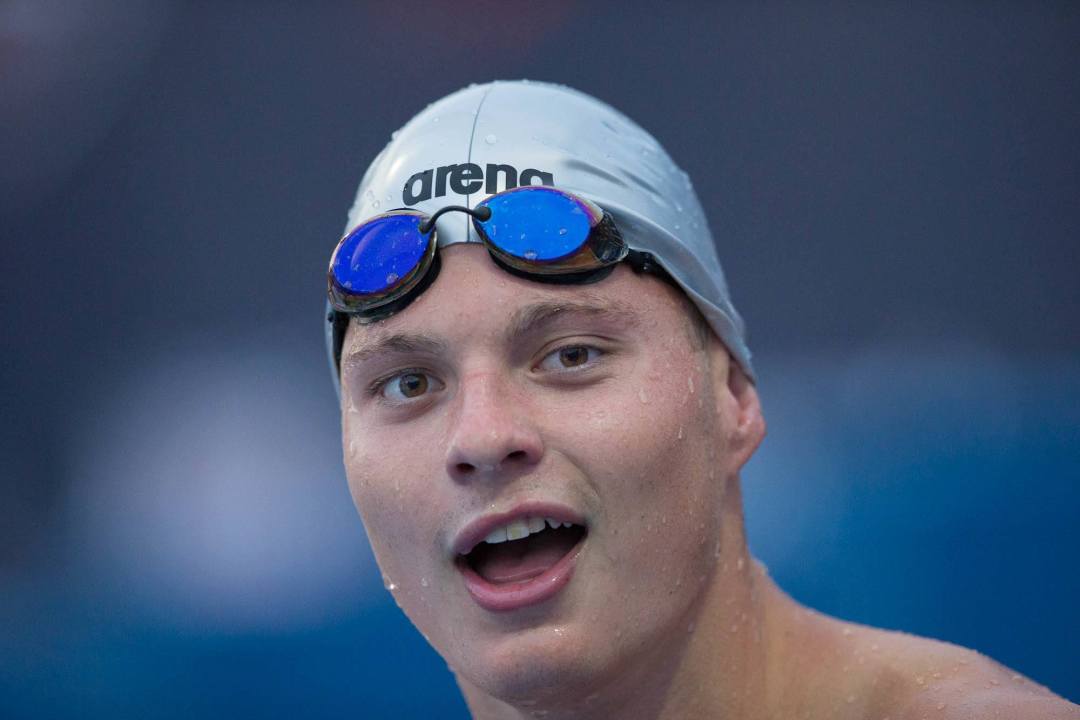 American swimmer Matthew Klotz has broken, once again, his own Deaf World Record in the 100 meter backstroke. Swimming at an...

American swimmer Matthew Klotz has broken, once again, his own Deaf World Record in the 100 meter backstroke.

Swimming at an age group meet in New Orleans, hosted by the Nu Wave Swim Club, Klotz swam a 57.11 while reportedly unshaved. That breaks his own Deaf World Record of 57.40 done more than a year ago at the 2015 College Station Sectionals in Texas

The swim also dips him just under the 57.19 required to qualify for the 2016 U.S. Olympic Trials that begin later in this month in Omaha, Nebraska. That will revive a four-year old controversy from the 2012 U.S. Olympic Trials, where former USA Swimming National Team member Marcus Titus fought the starting signals that were put in place by USA Swimming for the 2012 trials.

As for Klotz, the swim is a triumphant return after a challenging freshman year at LSU. Health issues forced him to withdraw from school prior to the end of the academic year, but he’s now back training in Baton Rouge.

Klotz is the star of the U.S. Deaf swimming team, with a target of the 2017 Summer Deaflympics in Samsun, Turkey.

What a wonderful young man! I was so proud to watch him swim this race. Along with being a great swimmer he has incredible character. We were thrilled to have him as an excellent example to all of the young swimmers. Go Matthew!

Good for him. So what are some alternative ways that anyone who is hearing challenged can do a start?

they have a flashing light now on most blocks. Also, he was deaf-finitely rested and shaved. pardon the pun

No he is not shaved. He has just worked hard!

He is shaved. Do you really think he would’ve risked not getting the cut only three weeks out of trials? You are acting like being shaved is an insult, and its not. He got an ot cut for goodness sake.

Seriously? He is not shaved. Anyone at the meet can tell you that. Collegiate swimmers cannot shave when they want. It is not an insult to be shaved. It is an insult that you are implying he cannot get the cut without being shaved- which he is not. Give the guy credit for his talent.

He isn’t shaved. We are planning on resting/shaving anyone that was/are near cuts the last weekend to qualify. He had his mind made up he could get at least one this weekend….and he was correct

lol, what? how is that an insult? 90% of the people qualified for trials wouldn’t be able to get the cuts without being shaved or at least rested, that doesn’t mean they aren’t talented. everybody relax… I made the comment for the pun; sorry it wasn’t received so well. too much salt in the water I guess. for the record, there are plenty of d1 athletes who have shaved down during the offseason to go for cuts, particularly in the last few months. but anyway, congrats on the cut.

He isn’t shaved or tapered.

There is no flashing light on the block at this facility. No additional strobe light and hand signals were requested. This marvelous achievement was made in spite of such disadvantage, making it even more impressive!