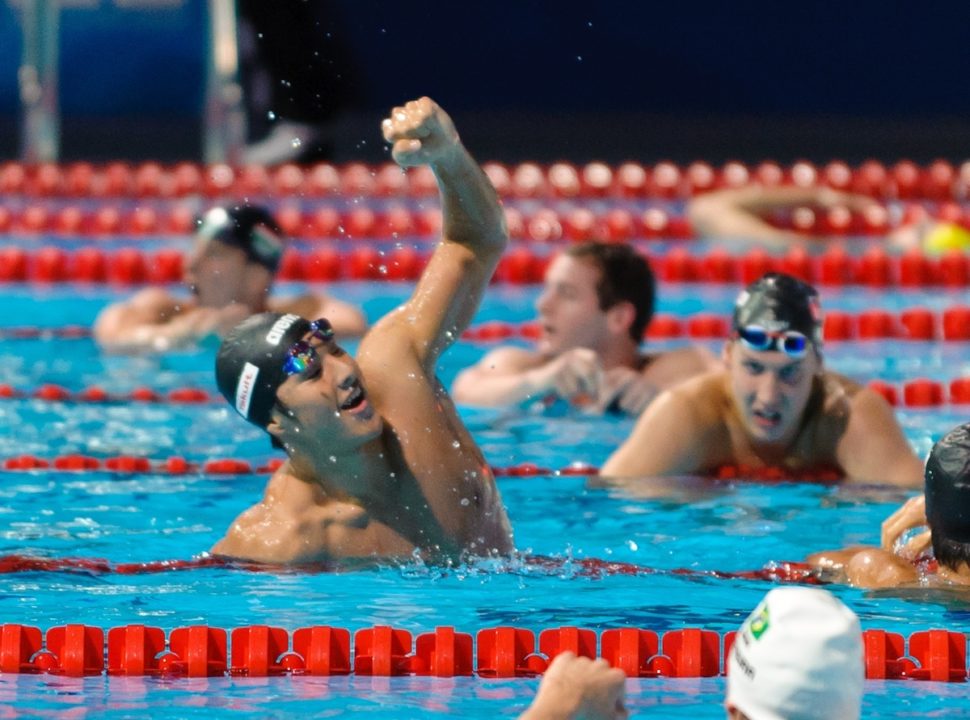 Daiya Seto of Japan and Jeanette Ottesen of Denmark opened up the first night of competition in Monaco with two meet records.

Defending world champion Chad le Clos of South Africa and Masato Sakai of Japan battled for the silver. At the 100 meter mark the men were separated by only one one-hundredth of second. At the 150 meter mark Sakai took at lead of just over half a second, but it was eventually le Clos collected the silver in a time of 1:55.47.

She was followed by German Alexandra Wenk who managed to grab the silver from Rikako Ikee of Japan who finished four one-hundredths of a second behind. Wenk touched in a time of 58.91 while Ikee hit the wall in a time of 58.95.

Ottesen also put up the fastest time in the semi-finals of the women’s 50 butterfly recording a time of 26.60.

Hungarian star Katinka Hosszu won three events on the first day of competition in Monaco. Hosszu took the women’s 400 IM in a time of 4:34.16 taking the event by over four seconds. Sakiko Shimizu of Japan finished second followed by teammate Chihiro Igarashi who hit the wall in a time of 4:43.89.

Hosszu was first victorious in the women’s 200 freestyle where she posted a time of 1:56.69. She was well off her season’s best of 1:55.89, but controlled the race leading from start to finish.

Frenchman Jeremy Stravius and Katsumi Nakamura of Japan battled right to the finish in the men’s 100 freestyle. Stravius lead by 44 one-hundredths of a second at the halfway mark turning in a time of 23.53. Nakamura had the stronger second 50 meters, but did not have enough to catch Stravius who took the gold in a time of 49.12. Nakamura finished second in a time of 49.14.

The battle for the bronze was also a tight one. Ultimately German Paul Biedermann took the final piece of hardware in a time of 49.72 followed by American Ryan Locte who posted a 49.74 and Russian Andrey Grechin who finished in a time of 49.75.

Leaders after the quarter-finals of the 50s include:

It’s going to be a great battle between Seto and le Clos at the World Champs!

And Alex Popov keeps his 100m meet record for another year!