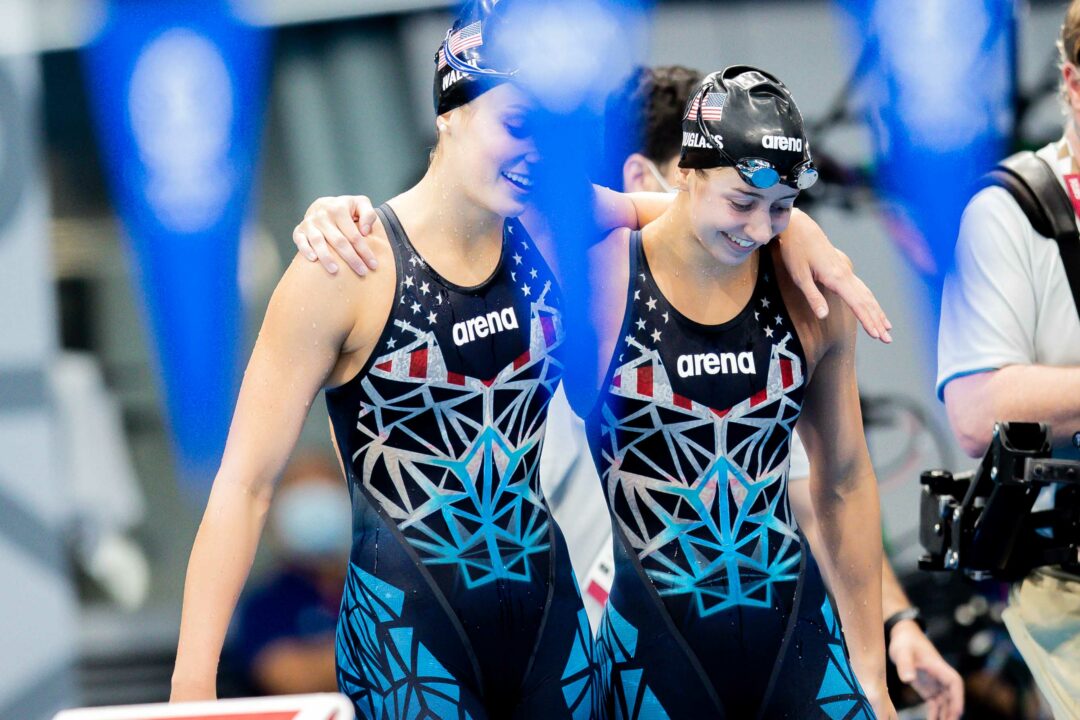 The University of Virginia has released the entry lists for their annual Blue vs. Orange intrasquad meet, which is set to take place this Saturday at 9:00 AM. The event lineup consists of 50 and 150-yard races of all four strokes, a 300 free and IM, a 600 free, a 100 IM, and one/three-meter diving events for both men and women. In addition, there will also be a mixed 200 medley class relay (freshmen vs. sophomores vs. juniors vs. seniors) and a mixed 200 free relay between the blue and orange teams.

This meet serves as the 2022-23 season debut for three of the best women’s NCAA swimmers in the country: Kate Douglass, Gretchen Walsh, and Alex Walsh. These three swimmers were the top three individual point scorers at the 2022 NCAA Championships, and will be facing off against each other in several events at this intrasquad.

The battle between Douglass and Walsh in the 100 IM will be one of the most anticipated events of the meet, as this race is their first time competing against each other in an IM event since the Tokyo Olympics—where Walsh won silver and Douglass won bronze in the 200 IM. This race leans slightly in Douglass’ favor considering that she’s a sprinter, and also because the last time she raced the 100 IM at an intrasquad meet, she clocked a time of 52.48 which was the fastest in the history of the event. However, Walsh has been as fast as 53.08 in the event and is currently both the defending NCAA and World Champion in the 200 IM.

On the men’s side, there will be several showdowns between some of the best sprinters in the country. The 50 free and 150 free will consist of Matt King, Matt Brownstead, August Lamb, and Connor Boyle, who were the four members of Virginia’s American record-breaking 200 free relay last season. Joining them in both races will be Jack Aikins, who was a member of the team’s 400 free relay that took fifth at NCAAs.

The sprinting races between King and Brownstead will be interesting ones to watch. Brownstead holds the Virginia team records in the 50 and 100 free with times of 18.60 and 41.22 respectively, and has arguably been the better-performing swimmer in yards out of the two. However, King isn’t much slower than him, holding personal bests of 18.96 and 41.34. In addition, he’s coming off a major long course summer breakout where he took home U.S. national titles in the 50 and 100 free and is entering the NCAA season with a lot of momentum.

In addition, we will also get to see several of the top freshmen in the country make their first collegiate appearances at this meet. This includes Claire Tuggle, Carly Novelline, Emma Weber, and Sebastien Sergile —who were all ranked by SwimSwam as top 20 recruits in the class of 2022. Recent transfers Sam Baron, Maxine Parker, and Tim Connery will also swim their first meets as Cavaliers here.

I’ve never understood why athletes get out of form. Be happy, don’t be shy I tell my kids that every day. Be in form, we love to see it!

What did this even mean?

100 IM should be an event…best event in SCY swimming

I love watching Matt King swim. He knows he stinks at underwaters and is superior on top of the water. Comes up immediately off the start and turns and just goes beast mode.

I’m excited about this, more than I would have expected myself to be for made up events

seeing those 50 free times made me think…are we close to the first 19-point women’s 50 free flat start? How many more years til it happens?

Are we close? Not really. Will it happen some day far off? Probably (hopefully).
Leigh Ann Fetter (U Texas) was first woman under 22 seconds – back in approximately 1990. So it’s taken about 30 yrs to move 1 second. The next 1 second will be that much harder — so it might take even longer.

Then again, that’s about how much Caeleb dropped the men’s record….

With a relay start, I expect 19-point in about 5 years.
Maybe another 20 years for a flat start 19-point, unless Ledecky decides to take up sprinting.

20.8 is a looooooooooong way from 19.9. Not going to happen in my lifetime absent super suits or open doping rules, neither of which I ever hope happen.

I don’t understand all the Claire Tuggle hate. She’s a teenager. Get a life.

The downvotes are because it’s a stupid comment in the context of what is being discussed. Chill.