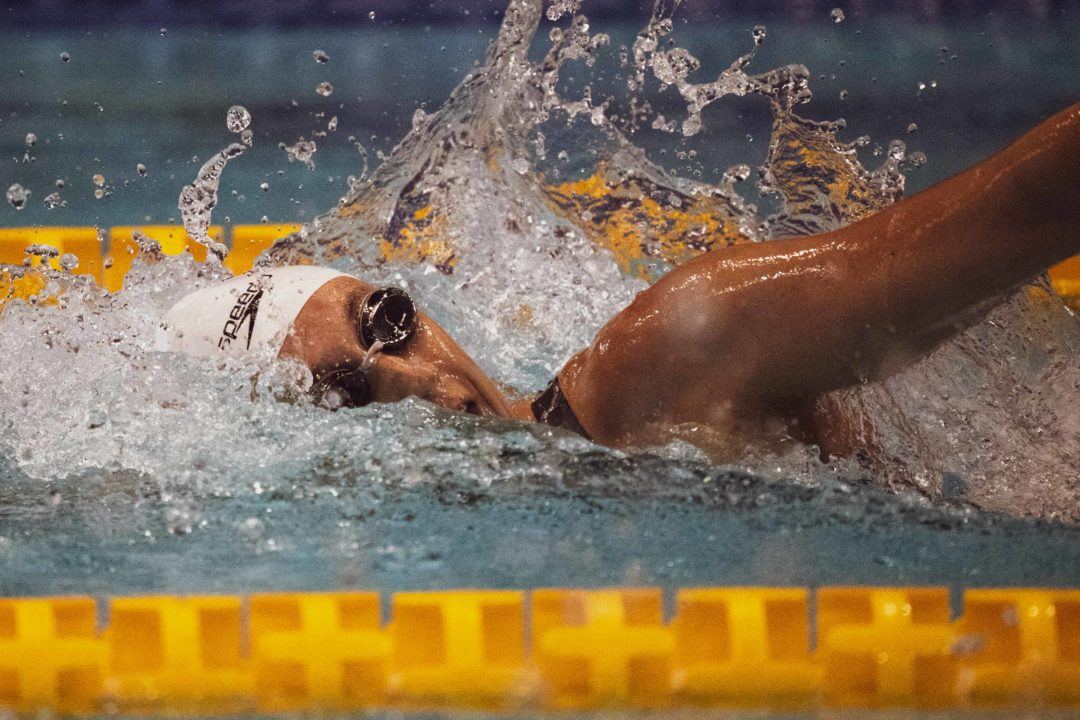 The pro group at the University of Tennessee got a little bit stronger on Thursday, as 2019 U.S. World Championship medalist Gabby DeLoof announced that she’s headed to Knoxville to train throughout the next stage of her career.

DeLoof, who swam collegiately at the University of Michigan from 2014 to 2018, has trained with Club Wolverine in Ann Arbor and Team Elite in San Diego since graduating and turning pro.

Her older sister, Ali DeLoof, recently left Tennessee after making the move there in 2020.

The 26-year-old made a name for herself in 2018, qualifying for both the Pan Pacific Championships that summer and subsequently the 2019 World Championships in Gwangju.

At Worlds, DeLoof won a silver medal as a prelim team member of the U.S. women’s 800 freestyle relay. She also piled up five gold medals at the World University Games in 2019, including a pair of individual wins in the women’s 100 and 200 free.

At the 2021 Olympic Trials, DeLoof narrowly missed a spot on the U.S. Olympic team, placing seventh in the women’s 200 free while also placing 16th in the 100 free.

Her best times in what have historically been her primary events, the 100 and 200 free, stem from 2019 and 2018, respectively, and she’ll be eyeing a career renaissance of sorts in making the move to Tennessee.

In addition to her success on the international stage, DeLoof has also competed professionally in the International Swimming League (ISL), representing the NY Breakers in 2019 and the Tokyo Frog Kings in 2021.

Wow Tennessee is building a strong female pro group! Wish Simone had decided join instead of going to ASU with Bowman.