Kira Toussaint To Train At Tennessee Through Paris, Work As Volunteer Assistant 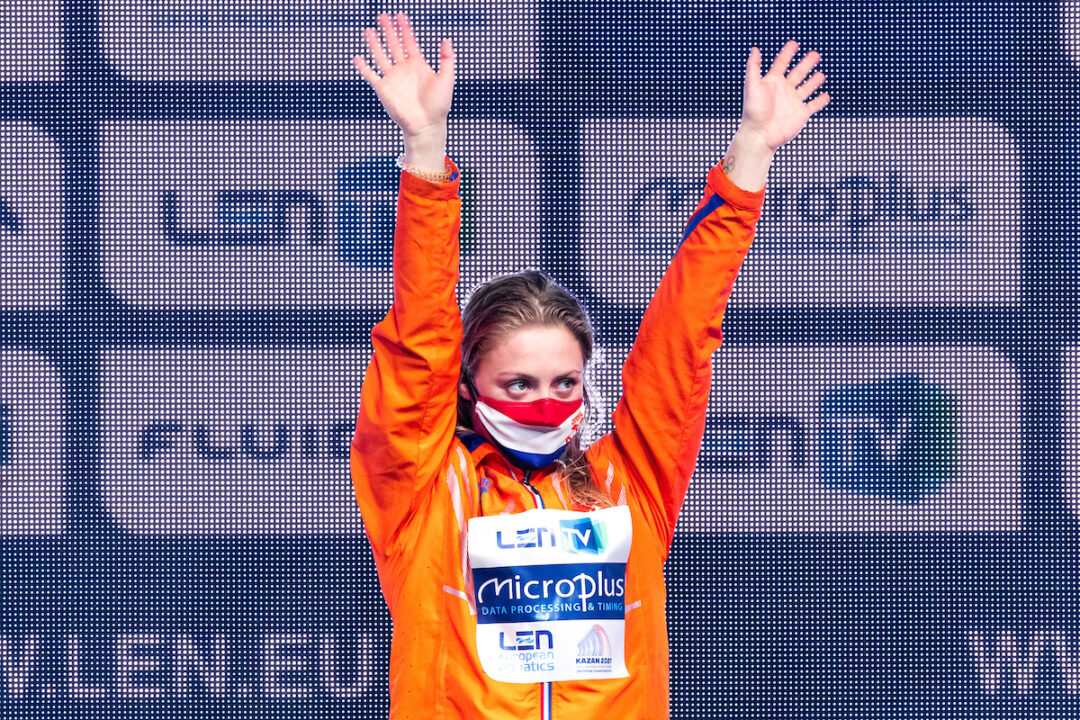 The two-time Dutch Olympian will work as a volunteer assistant with the Vols while continuing her training with the Tennessee pro group through 2024. Archive photo via Giorgio Scala / Deepbluemedia / Insidefoto

Dutch Olympian and World Championship medalist Kira Toussaint has announced that she’s committed to continuing her training at the University of Tennessee, her alma mater, through the 2024 Olympic Games while also working as a volunteer assistant with the collegiate program.

Toussaint, who represented the Lady Vols in the NCAA for two seasons from 2015 to 2017, made her return to Knoxville earlier this year in the lead-up to the 2022 championship season.

After exhausting her NCAA eligibility in 2017, Toussaint returned home to the Netherlands to train with Dutch National Team coach Mark Faber.

The 28-year-old is coming off a solid summer in the pool, though she was unable to match her career-best performances from 2021.

Toussaint won a bronze medal as a member of the Dutch mixed 400 medley relay at the 2022 World Championships, and also made a pair of individual finals, placing sixth in the women’s 100 backstroke and eighth in the 50 back.

Less than two months later at the European Championships, the Amstelveen native won bronze in the women’s 100 back, placed fourth in the 50 back, and added a pair of relay medals, including a gold on the mixed 400 medley.

During her time training under Faber in the Netherlands, Toussaint evolved into one of the best female backstrokers in the world, including breaking the world record in the SCM 50 back during the 2020 International Swimming League (ISL) season.

She was also a finalist at the Tokyo Olympics in the summer of 2021, placing seventh in the women’s 100 back. That was her second Olympic appearance, having represented the Netherlands in 2016, where she finished 18th in the 100 back.

Following the 2014-15 campaign, she transferred to Tennessee, where she earned eight more All-America honors while winning a trio of SEC titles.

Under coach Matt Kredich, there is a sizable women’s pro group in Knoxville, primarily made up of former Lady Vols, including the likes of Erika Brown and Madeline Banic.

A pro swimmer taking on a volunteer assistant coaching role with the collegiate program is not an uncommon move, as it allows them greater latitude to travel and train with teams that would not necessarily be afforded to them as just a post-graduate trainee. Katie Ledecky, for example, is a volunteer assistant with the Florida Gators.

Wasn’t this known earlier in the summer?

She went to train at Tennessee earlier this year. The latest announcement is that she’s planning to lock in there through Paris, and that she’s becoming a volunteer assistant.

I thought I heard that part earlier too?

I don’t know what to tell you. Kira announced it this week.

Are there any men swimmers at UT?

Weren’t they 2nd at SECs?

LOL! The men brag about dual meets and conference finishes but then disappear at the BIG DANCE.

Yas 👸 Slay Queen 💅👄 pursuing a career in swimming while helping other swimmers.

I see the theme of today is “swimmers going back to where they used to train.”

Is her fiancé training there with her?

Not together anymore, and not really relevant

Huge get for Coach Kredich. Wonder if she will show up to any USMS meets