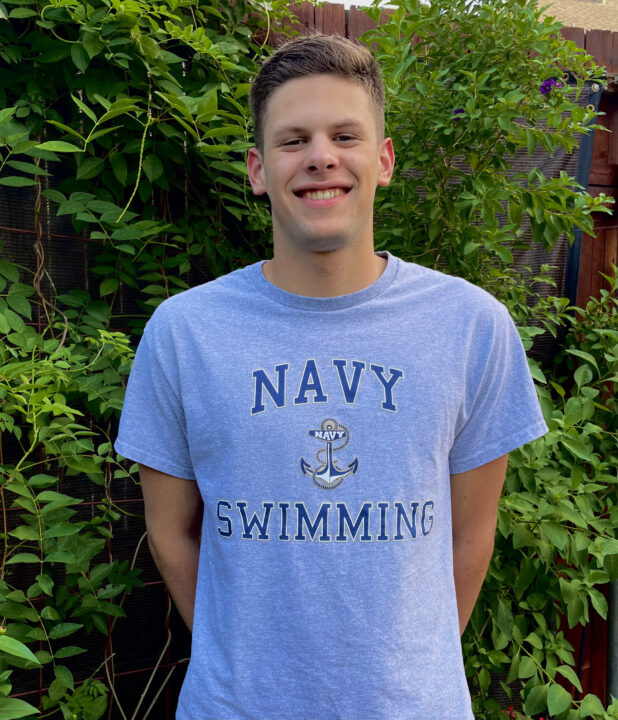 Ethan Gluck has announced his verbal commitment to Navy after a breakthrough summer. He will arrive in Annapolis for the 2023-2024 season. Current photo via Ethan Gluck

Ethan Gluck has announced his verbal commitment to the United States Naval Academy. Gluck is a current high school senior at iUniversity Prep, a virtual school based out of Grapevine, Texas. He currently trains and competes with the nearby City of Richardson Swim Team.

“I am humbled to have the opportunity to represent the US Naval Academy.  It is an honor and a privilege to join the brotherhood and serve my country.  GO NAVY!”

At last year’s Patriot League Championships, the Navy men won the program’s 18th conference title. They out scored second place Army by 133.5 points. Gluck’s best time in the 400 IM would have put him comfortably in the B-final at last year’s meet. His best 1650 time would have earned 5th at last year’s meet, and would have made him Navy’s second-fastest performer in the event last year behind Garrett McGovern. His 200 fly would have been right on the edge of the A-final last year, an event where Navy went 1-2 with Ethan Tack (1:44.70) and Patrick Colwell (1:45. 65). McGovern and Colwell should still be on campus when Gluck arrives in Annapolis.