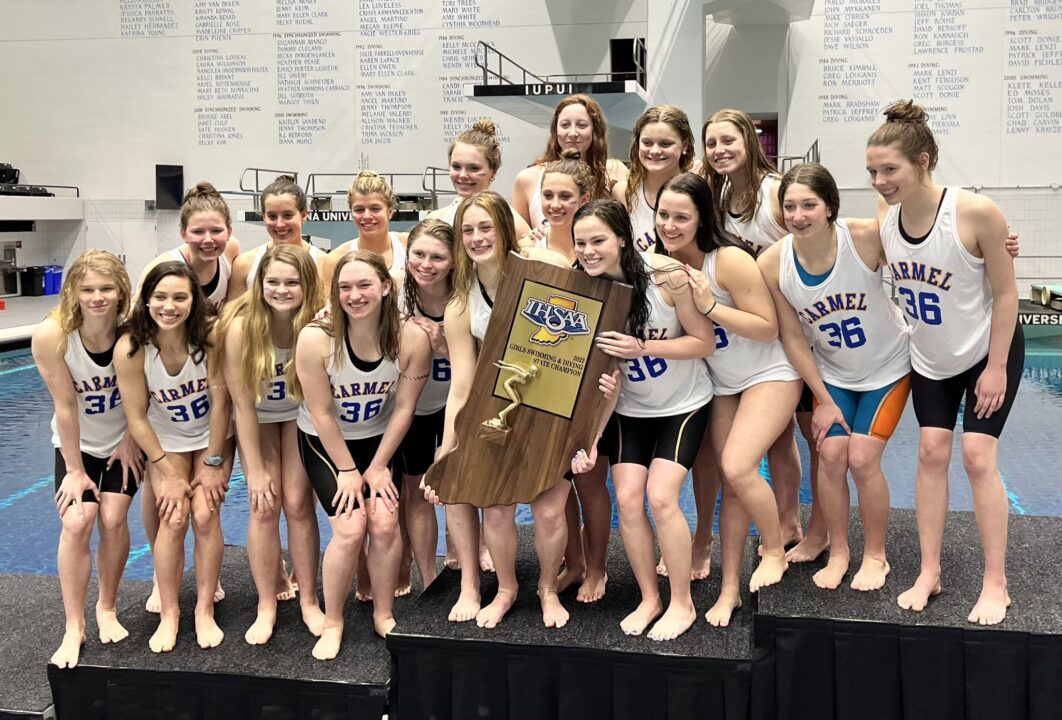 Swimming and diving suffered a decline in participation by over 11%, but remains in the top 10 most popular sports for both girls and boys. Stock photo via IHSAA

The National Federation of State High School Associations (NFHS) has released the results of its 2021-2022 High School Sports Participation Survey. This is the first participation report since 2018-2019, as data was not compiled the previous two years due to the COVID-19 pandemic.

The NFHS reported 7,618,054 total participants, down 4% from the 2018-2019 survey. The only sport in the boys’ top 10 most popular sports to see an increase was golf, which increased almost 4%. On the girls side, volleyball was the only top 10 sport to see an improvement, registering a 4.6% increase.

“Given what has occurred in our country the past three years, we believe a decline of only four percent in participation totals from 2018-19 is pretty remarkable,” said Dr. Karissa Niehoff, CEO of the NFHS. “We know some states that were able to complete surveys in 2020-21 reported participation increases this past year. So, we are very optimistic that trend will continue in the years to come as schools fully recover from the effects of the 2020 shutdown.”

Swimming and diving was not the only sport to see declines like these–cross country recorded a decline of 13% for girls and 14% for boys. Wrestling also saw a significant change, dropping 6% in participation. Even 11-player football, the most popular high school sport in the country, registered a decline of 3%.

Track and field remained the most popular sport for girls, however, the trend of volleyball increasing and track decreasing could change that in the next few years. Soccer also moved ahead of basketball for 3rd place, but both declined in participation.

On the boys side, track and field suffered a loss of almost 6% but was able to maintain their 2nd place position in popularity. Basketball shares a similar trend–they maintained their 3rd place position, but still lost about 3.5% of its participants.

Overall, it appears the trend is that “traditional” sports, such as the ones in the top 10, are seeing the largest decline. However, “emerging” sports, like beach volleyball and girls flag football, are gaining traction in many parts of the country and continue to see exponential increases in participation. For example, beach volleyball gained over 4,000 participants in the last three years (about a 190% increase).

The full data report has not yet been released, but a partial version can be found here.

Our private Catholic school only has about 170 high school boys, yet we have 15% of them in swimming. North Texas seems to continue to be strong in swimming, girls or boys.

I remember about 6 to 7 years ago Swim swam mention that Orange County California lost some kids doing USA swimming. Maybe, its the beach volleyball stuff