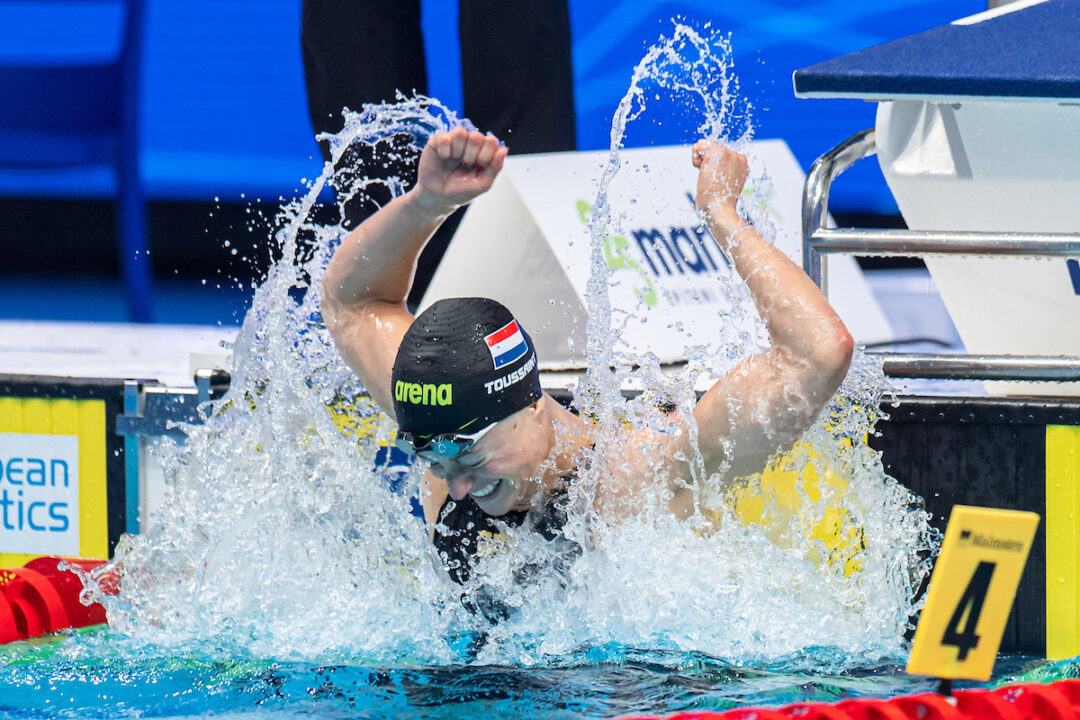 The Netherlands’ Kira Toussaint, the current European Record holder in the 50 back in both short course and long course, has announced she will be returning to Knoxville, Tennessee to train with Tennessee head coach Matt Kredich heading into this summer’s championship meets. This marks a homecoming of sorts for Toussaint as she competed collegiately for the Tennessee Lady Vols for two seasons in the NCAA.

While competing collegiately for Tennessee, Toussaint was a CSCAA All American in both 2016 and 2017 and qualified for the 2016 Rio de Janeiro Olympic Games for the Netherlands. Shortly after exhausting her eligibility at the end of the 2017 season, Toussaint returned home to the Netherlands to train with Dutch National Team coach Mark Faber, who has coached her for over four years.

The 27-year-old Toussaint has become an international force in the past several years under Faber. She broke the SCM 50 back World Record in the fall of 2020 in the ISL bubble in Budapest, and has been a mainstay of the London Roar backstroke group in the ISL the past few seasons. She also broke the Dutch national records in the 50, 100 and 200 SCM back and the 50 and 100 LCM back during her time swimming with Faber. She was a finalist in the 100 back at last summer’s Tokyo Olympic Games, finishing 7th in 59.11.

Most recently, Toussaint captured four medals at the 2021 Short Course Worlds in Abu Dhabi as a member of all four of The Netherlands’ 4×50 relays, including gold in the 4×50 mixed medley relay in a championship record time.

Toussaint transferred to Tennessee from Florida Gulf Coast University following the 2015 season. During her first two season of eligibility at FGCU, Toussaint broke the program record in the 100 back, 200 back, 200 free and 100 fly and was an All American in the 100 back.

Kredich’s Knoxville training base boasts a sizable woman’s professional group, mostly made up of former Tennessee swimmers. Headlining the group is sprinter Erika Brown, who won a silver medal at the Tokyo Olympics as a member of the United States’ 4×100 free relay, and Canadian Olympian Tess Cieplucha, who won gold in the 400 IM at the 2021 SC Worlds. Several ISL athletes also call Knoxville home, including Energy Standard’s Madeline Banic and DC Trident’s Ali Deloof, who competed collegiately at the University of Michigan.

Toussaint is the daughter of Dutch swimming legend Jolanda de Rover, who won gold in the 200 back at the 1984 Olympic Games.