Kapas, Jakabos Among Those Not Racing Euro Finals Due To Quotas 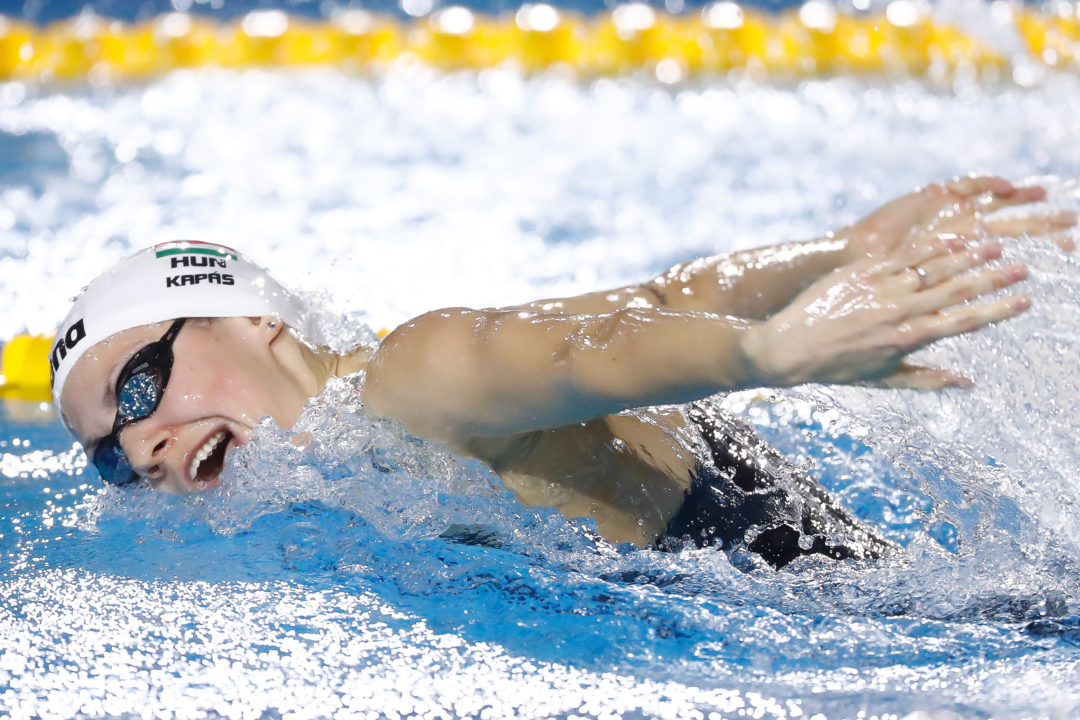 After an exciting first prelims session of the 2021 European Aquatics Championships, a number of stacked semifinals and finals are less than an hour from getting underway.

Multiple athletes will be missing from the start lists due to per nation quotas. Additionally, no athletes have scratched from this evening’s session.

Each nation is permitted to enter four athletes into any one event, however, only two per nation may progress to the semi-finals/final. This means that an athlete must be one of their nation’s top two finishers in an event in order to get past the heats.

This eventuality occurred a number of times in the prelims on day one of competition, starting with Zsuzsanna Jakabos and Boglarka Kapas in the women’s 400 IM. Their countrymates Hosszu and Mihalyvari finished in first and second place respectively in the heats meaning they alone progress to tonight’s final.

Showing the continued depth of the women’s 400 IM in Hungary, that opens up a big medal slot as Kapas was the 3rd-best swimmer in prelims and Jakabos was 5th-best.

The women’s 50 free semi-finals will be without Dutch swimmer Kim Busch as a result of the same scenario. Busch touched in 24.85 in the prelims and would have been seeded in 8th place.

Great Britain’s Alys Thomas, who is set to make her Olympic debut aged 30 later this year, will miss out out on the semi-finals of the women’s 100 fly after her teammates Laura Stephens and Harriet Jones made the cut ahead of her.

Equally, fellow Team GB member Ross Murdoch will not be in action in the men’s 100 breast as Adam Peaty and James Wilby head into the final in 1st and 9th position respectively. In the same position as Murdoch is Italy’s Federico Poggio and Russia’s Danil Semyaninov.