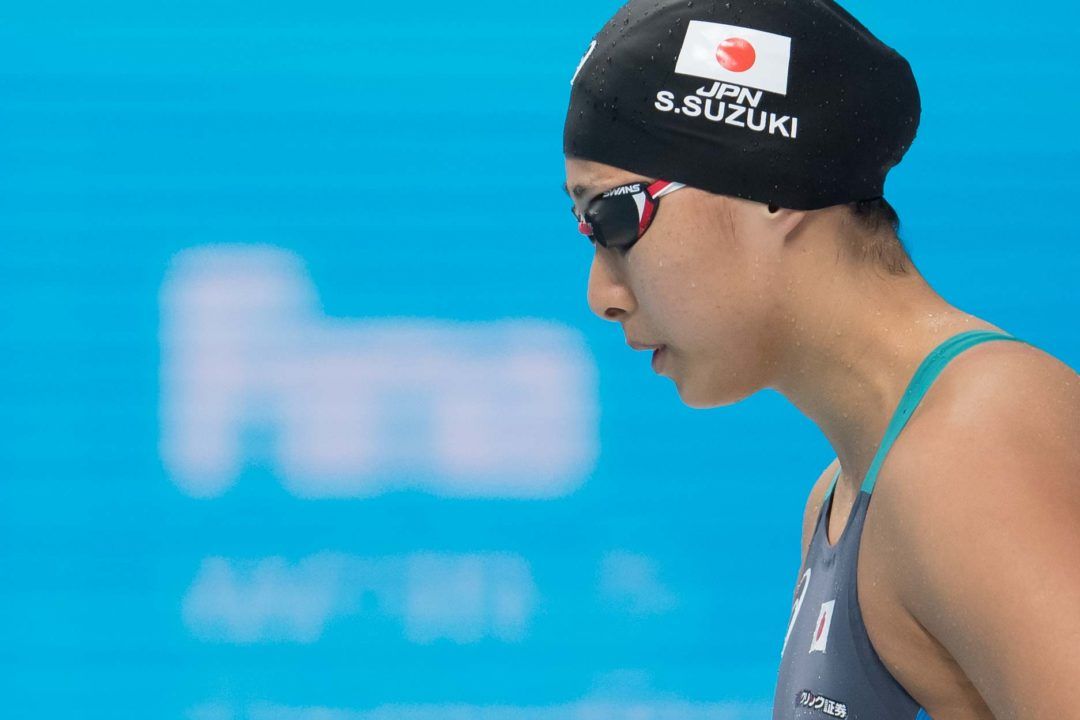 In prelims of the women’s 50 breast at the 2018 Asian Games Thursday morning, Japan’s Satomi Suzuki took down the Games record.

Her time of 31.02 is the fastest anyone has been in the two most recent editions of the meet, besting Wang Randi‘s 31.04 from the 2010 Games. The Asian record is significantly faster at 30.46, set by Chen Huijia in 2009. Suzuki is the top qualifier heading into finals, followed by China’s Feng Yunyang in 31.16 and Japanese teammate Miho Teramura in 31.26.

Suzuki already owned the 27th-fastest swim in the world this year with her 30.95 best time from the 2018 Japan Swim in April.