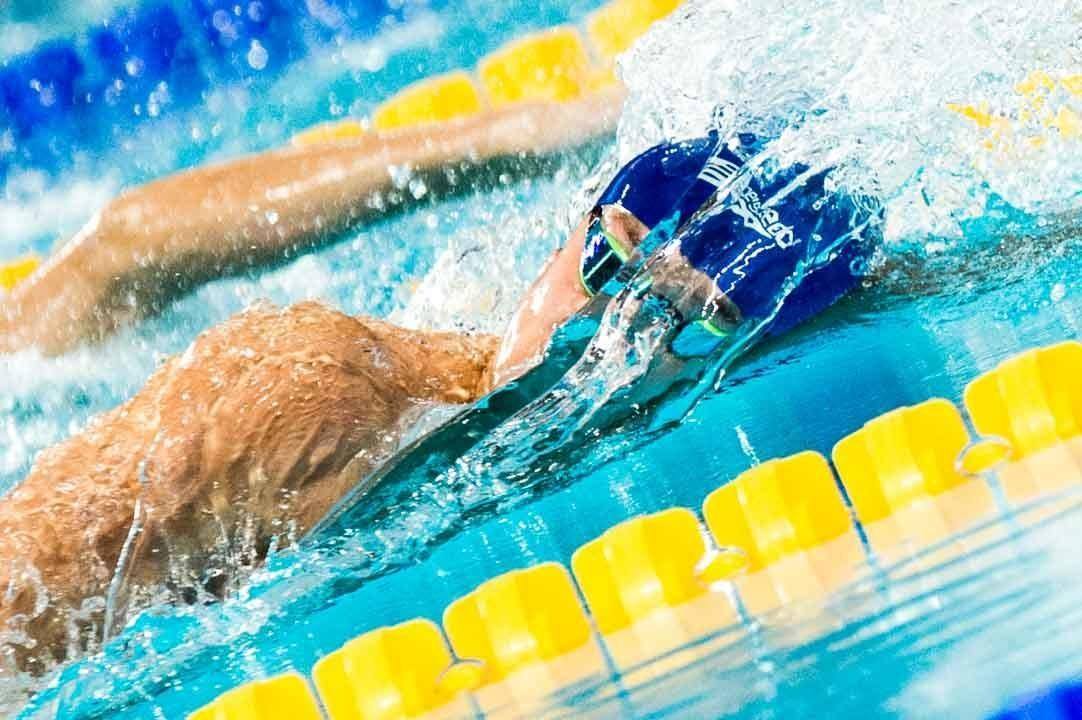 James Guy kept up a great session for Great Britain at the 2015 World Championships, smashing the national 200 free record in semifinals and putting himself in medal contention for tomorrow's final. Current photo via Mike Lewis/Ola Vista Photography

James Guy kept up a great session for Great Britain at the 2015 World Championships, smashing the national 200 free record in semifinals and putting himself in medal contention for tomorrow’s final.

Guy, who already holds the national 400 free record, added the 200 to his collection by winning the first semifinal in Kazan, going 1:45.43.

That erased the previous record of 1:45.99 held by Robbie Renwick from way back in 2009, when the buoyant, rubber bodysuits were still legal under FINA rules.

That’s two national records in two days for Guy, who broke his own 400 free record on day 1 in Kazan while taking silver.

Guy is the second seed heading into tomorrows final, trailing only American Ryan Lochte, who is only .07 ahead of the Brit.

The absence of defending champ Yannick Agnel of France and Japan’s do-everything superstar Kosuke Hagino (both to injuries) has left this race wide open, and Guy has now put himself right in the middle of the pool with a great shot at a medal tomorrow night.

That continues a strong day for the Brits, who doubled up on medals in the men’s 100 breast earlier in the session. World record-holder Adam Peaty took gold, and Ross Murdoch snuck in for bronze.

It’s been a meteoric rise for Great Britain as a whole – after a somewhat disappointing showing at their home London Olympics in 2012, British Swimming has been soaring. If Guy can add another medal to the pile the Brits expect to get from Peaty and their men’s medley relay, among others, Kazan could turn out to be a high-water mark for British Swimming.