Jacqueline Freney Wins “Young Australian of the Year” Award for 2014 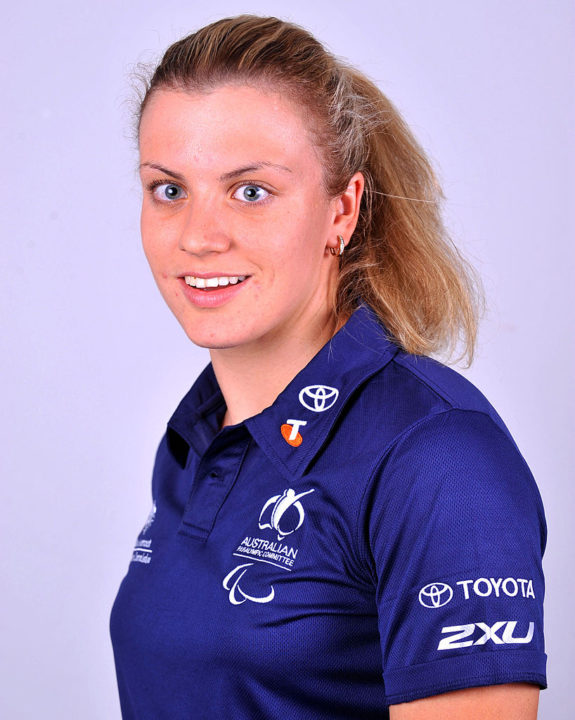 Australian Paralympic Champion Jacqueline Freney has been named the 2014 Young Australian of the Year: a massive honor that transcends the...

Australian Paralympic Champion Jacqueline Freney has been named the 2014 Young Australian of the Year: a massive honor that transcends the world of sport and nominates the accomplishments of all young Aussies, aged 16 to 30, for their accomplishments in various fields.

“This is a significant day not only for me but for also for the Paralympic movement as it reflects the unique role Paralympians play in society,” the Brisbane native Freney said of the honor.

Freney, who has cerebral palsy, won 8 gold medals at the 2012 Paralympic Games – every event she entered – including two World Records. This award is somewhat of a redemption for a swimmer who was inexplicably snubbed by the IPC for their Athlete of the Year recognition.

Previous winners of the award from swimming include Jon Sieben in 1984, Duncan Armstrong, who took the award in 1988, Kieren Perkins, who took the honor in 1992, and Ian Thorpe, who won it in the year 2000 (speaking for the country’s historical love for swimming). And while the award is fairly evenly split among athletes and non-athletes, Freney is just the 3rd Paralympic athlete to win the honor ever, and the first since 1985. Previous winners include Paralympic power lifter Deahnne McIntyre (1985) and Paralympic swimmer Peter Hill (1980).