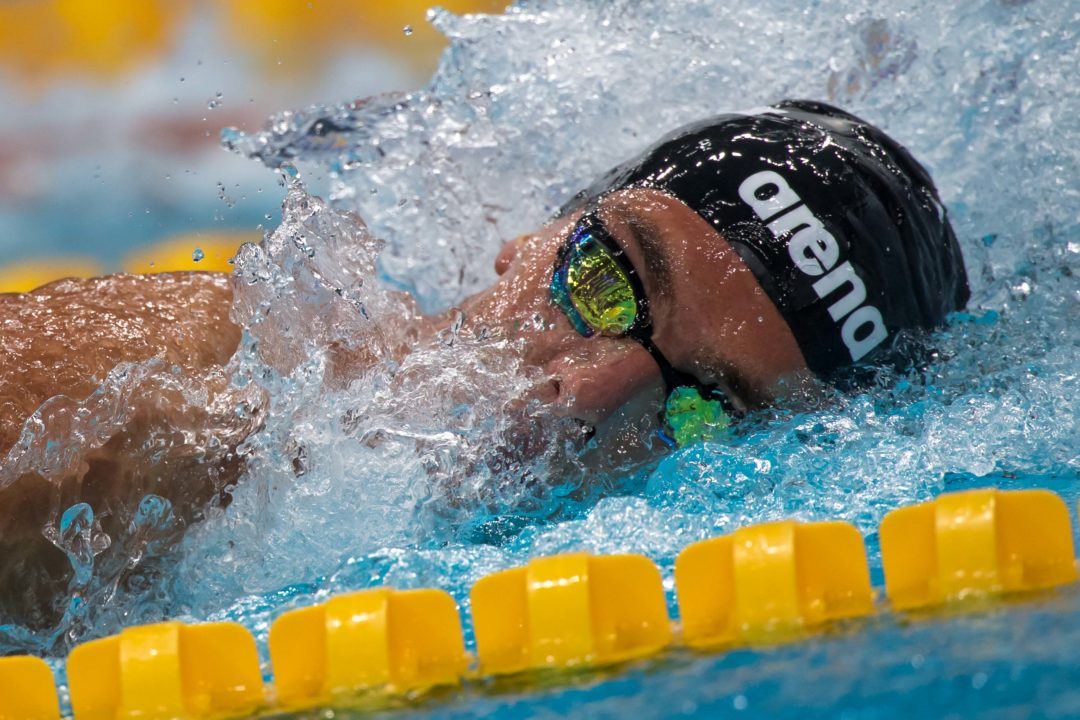 With an eye on extensive university-based systems for athletics in other countries, Italy has launched the Sportive Universities Project, which aims to promote athletics at the college level domestically. Archive photo via Mike Lewis/Ola Vista Photography

With an eye on extensive university-based systems for athletics in other countries, Italy has launched the Sportive Universities Project, which aims to promote athletics at the college level domestically.

Italian news service Repubblica.it reports that the project will have a budget of €3 million (about $3.5 in U.S. Dollars) and will work to build a chain between high schools and universities to allow high-level athletes to balance their athletics with post-secondary schooling.

Similar systems in other major swimming nations seem to be key motivators for the Italian movement. Giovanni Malago, president of the Italian Olympic Committee, spoke about the “infrastructure gap… between our universities and those of the Anglo-Saxon world” when he announced the project, in a rough translation of the original Italian.

One major piece Malago addressed was facilities. “It is clear that universities must have adequate sports facilities, in the future perspective,” he said, calling the system “a chain that starts from the high schools… and goes on to the university.”

“We are investing more than 3 million Euros to finally answer some of the questions we can summarize as: ‘can a good athlete be a good university student too?’,” he said. “This happens in other countries; today it will be possible here as well.”

Malago mentioned that the Italian system could become “a pilot project, a model in Europe,” while also emphasizing that the student-athlete system wouldn’t be in competition with Italy’s military sports groups, but would be an additional opportunity for athletes.