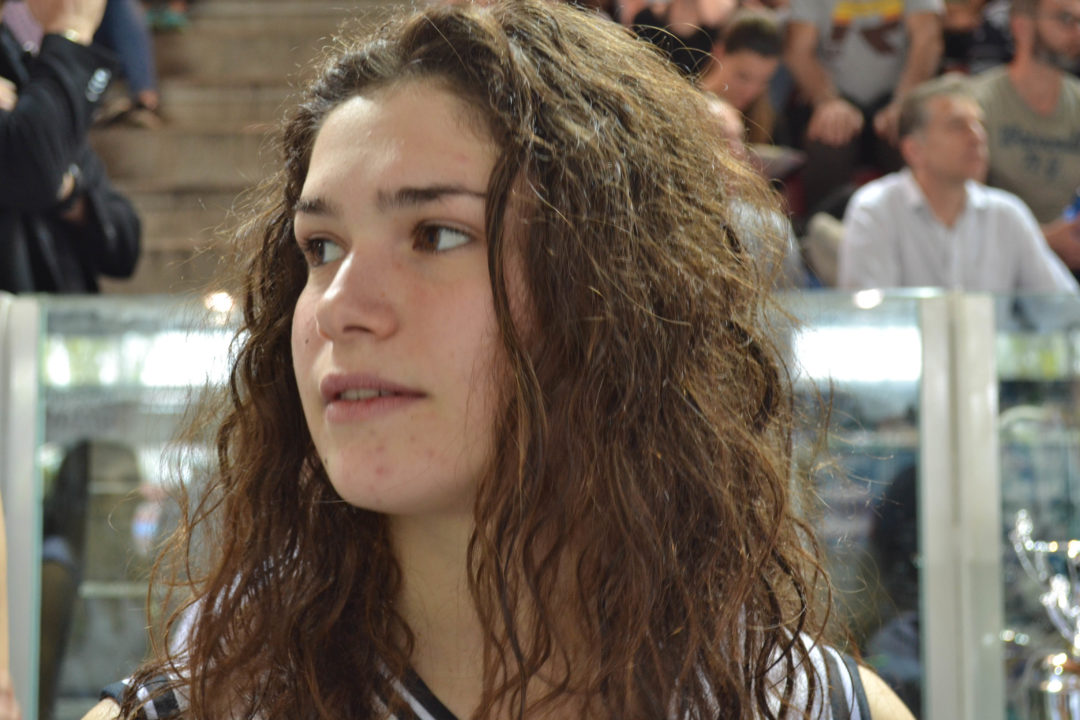 A 14-year-old Italian swimmer qualified to swim at this summer's World Championships. Benedetta Pilato took silver in the women's 50m breaststroke tonight in Riccione while competing on the final night of the Italian Championships, stopping the clock at 30.61. Current photo via Giusy Cisale/Swimswam.com

A 14-year-old Italian swimmer qualified to swim at this summer’s World Championships. Benedetta Pilato took silver in the women’s 50m breaststroke tonight in Riccione while competing on the final night of the Italian Championships, stopping the clock at 30.61.

That time finished just .05 behind Carraro, earning a new Italian Junior Record in the process. Pilato’s time also now makes the teen the 2nd fastest swimmer in the world in the event this season.

Two women notched World Championships qualifying times in the women’s 50m breast final tonight, led by Martina Carraro. The 25-year-old national record holder in the 100m distance clocked 30.56 to top the podium on this final night of competition in Riccione, while also clearing the 30.6 minimum time standard for Gwangju this summer.

Runner-up Benedetta Pilato was also hit the QT, matching the 30.6 mark in 30.61 for a new Italian Junior Record. At just 14, Pilato had already earned the Junior Record with the 31.02 she threw down in February, but the teen took things to new territory by dipping under the 1-second threshold.

Arianna Castiglioni rounded out the top 3 tonight in 31.05.

Carraro is now queen of the season’s world rankings, while Pilato sits as #2 in the world.

Italian breaststrokes are looking very promising for the future.

And in today’s race Pilato failed badly the finish.
She could have won and swum at least 2 tenths faster.