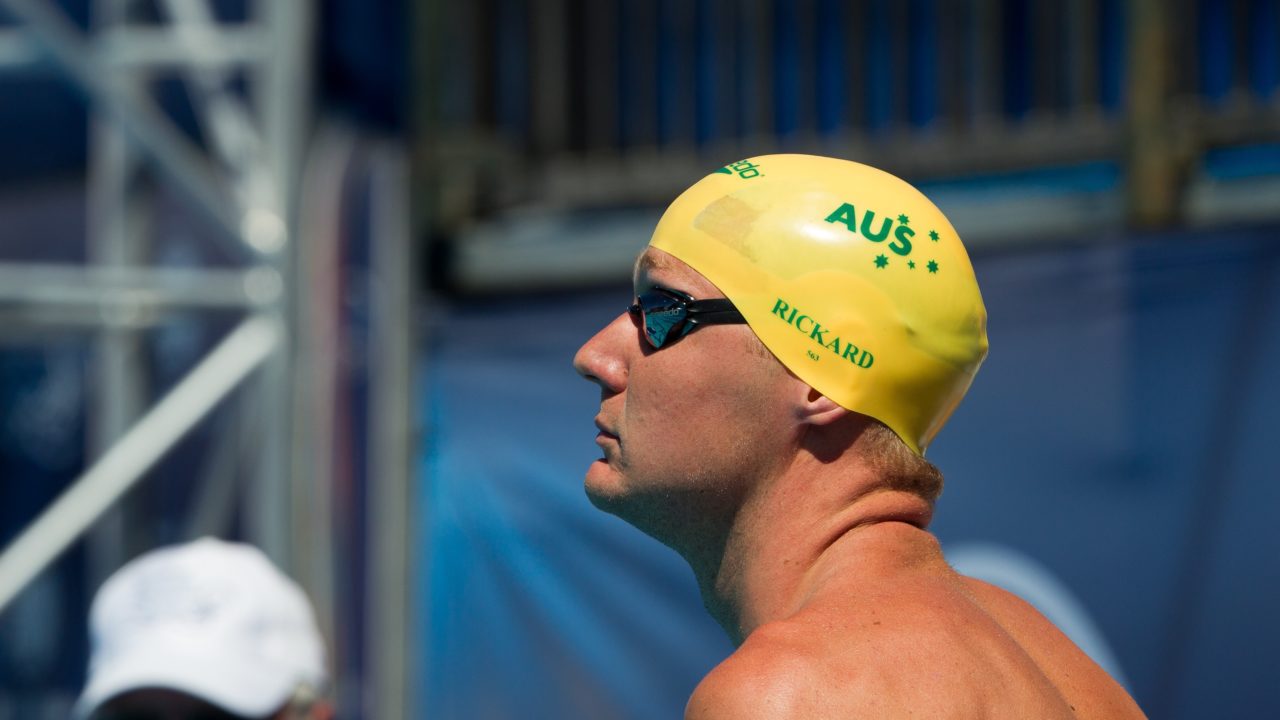 The International Olympic Committee has announced that it has withdrawn its doping charges against retired Australian breaststroke specialist Brenton Rickard.

The case stems from a 2012 re-test of a sample Rickard gave at the London 2012 Olympic Games. The results of the re-test came back positive for the banned masking agent furosemide, a diuretic that is monitored by the World Anti-Doping Agency.

If Rickard had been found guilty of using a banned substance, he and his teammates on the 4×100 medley relay would have been stripped of their bronze medals. Rickard was a prelims-only member of Australia’s medley relay in London, meaning that he and five others could have lost their medals.

The IOC dropped its charges against Rickard following a rule change relating to the threshold, or Minimum Reporting Level, of certain banned substances in doping samples. In Rickard’s case, he tested for 6 nn/ml of furosemide, while the new rules (as of June 2021) now permit for up to 20 ng/ml. WADA’s rationale for the change reads:

“The new MRL for the six diuretics named above will minimize the risk of sanctioning Athletes who test positive due to the use of contaminated medications, without undermining the fight for clean sport.”

Furosemide, along with five other diuretics, can be found in trace amounts in oral pharmaceutical products available both by prescription and over-the-counter.

Had the IOC continued with the case, Rickard’s hearing with the Court of Arbitration of Sport would have begun November 9, 2021, in Lausanne, Switzerland.

The re-tests are conducted as part of an ongoing program by the IOC and WADA to double-check samples from prior Olympics with modern testing methods. There have been at least 122 adverse analytical findings (positive tests) from the 2012 London Games among re-tested samples.

Furosemide is the same substance that Brazilian sprinter Cesar Cielo and several teammates tested positive for in 2011. A compounding pharmacy was ultimately blamed and the group was given warnings.

Rickard’s won the 100 breaststroke at the 2009 FINA World Championships. In Rome, he also won a bronze medal as part of Australia’s 4×100 medley relay. Rickard won silver in the 200 breaststroke at the 2008 Beijing Olympics behind Japan’s Kosuke Kitajima, and picked up another silver in the men’s 4×100 medley relay, falling short of the American contingent.

The Department of Furesomide has struck again . Bungled as usual but that never stopped them . They have an Arbitration industry to uphold.

Lesson for current swimmers – IOC can still screw you over long after you retire .. sobering thought

Glad this is sorted in a sensible way…..unusual for the IOC.

Not sure it was handled fairly. If they dropped the lawsuit then they should pay his lawyer’s fees. And he had to deal with 9 years of fighting it?!?

Dont think it was 9 years- it was picked up on a retesting last year I think. 1 year of hell and expense is ‘good’ when dealing with the IOC!

In spite of length of litigation, IOC still ought to pick up the tab. Glad he got cleared.

So aussies get to keep their medley medal?

By the look at it. The IOC let the US women’s 4x400m relay Gold medallists in Sydney kept their medal when finals runner Jones was busted for drugs….that was really bad! At least Rickard didnt swim in the final…