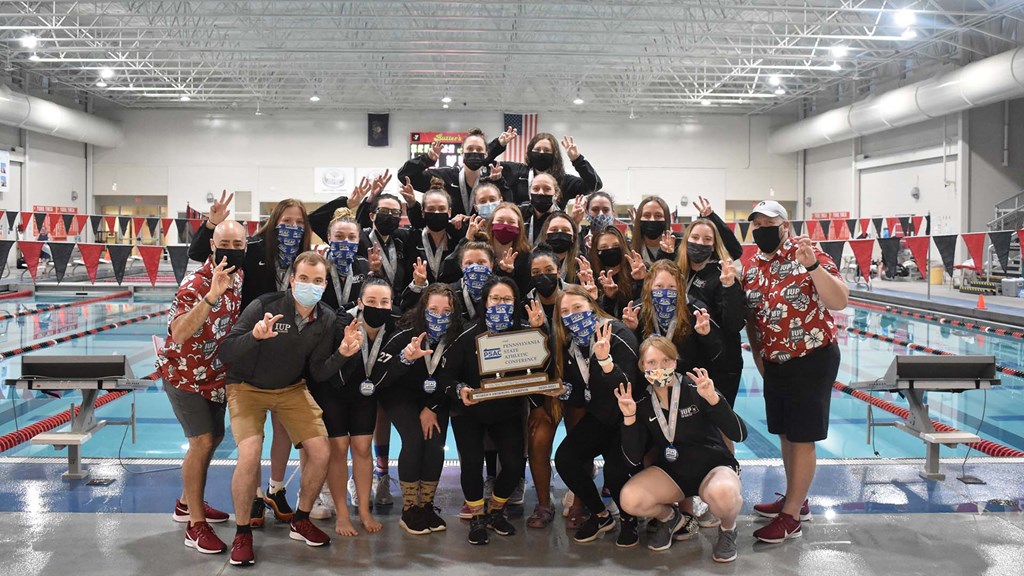 YORK, Pa. — Saturday, the Indiana University of Pennsylvania Crimson Hawks swam away with their first Pennsylvania State Athletic Conference Women’s Swimming title since 1999. IUP dominated the field tallying 1658 total points, 340.5 points ahead of second-place Bloomsburg. IUP was led by Paige Mikesell, who captured the Most Outstanding Swimmer honor with 128 points on her own.

At the conclusion of day one, IUP led the meet with 800 points with Bloom nipping at their heels with 646. Shippensburg was in third with 479 points.

It was IUP’s second ever PSAC Women’s Swimming Champion, and for the institution, it was their second PSAC Championship of 2020-21 after the IUP Men’s Golf Team won the Championships back on April 10.