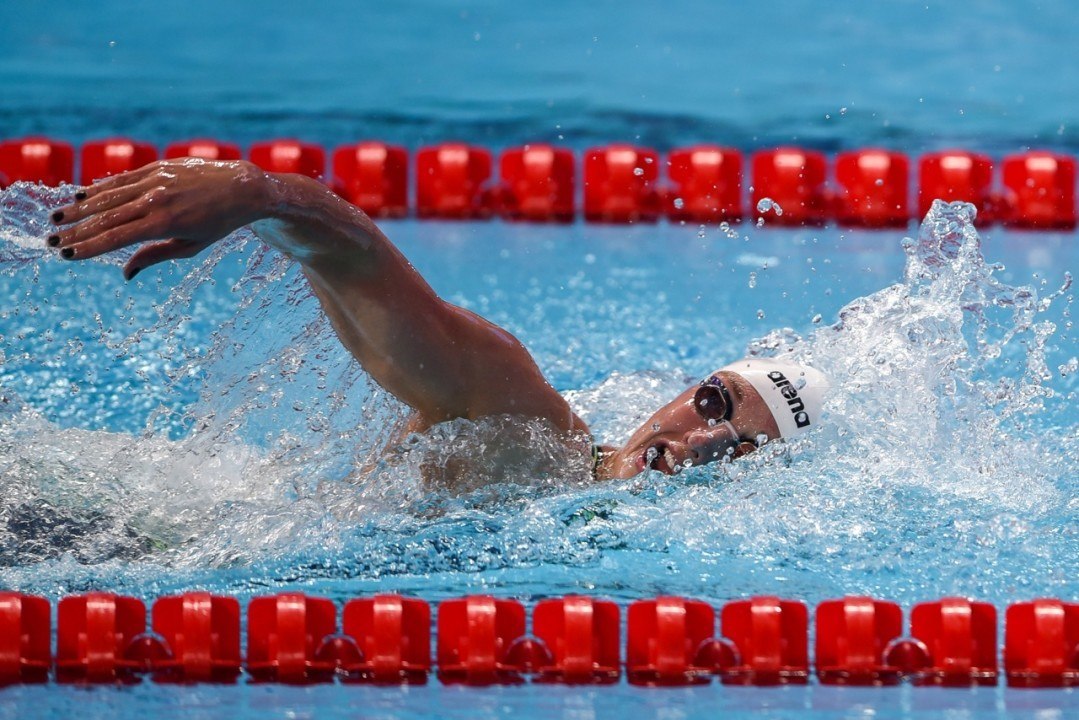 Katinka Hosszu broke the Hungarian national record in the 400 SCM freestyle on the final day of competition at 2015 European Short Course Championships in Netanya, Israel. Archive photo via Peter Sukenik/www.petersukenik.com

It was a busy week for Hungary’s Katinka Hosszu. Over the five-day European Short Course Swimming Championships, she swam in myriad preliminary heats and semi-finals, and contested seven finals. Of those, she won six gold medals (100/200/400m IM, 50/100/200m back) and a silver (400 free), and broke two world records (100/400m IM).

In her last swim of the meet, while she just missed the top step of the podium, Hosszu broke the Hungarian national record in the 400m freestyle, one of the very few she doesn’t own. The previous mark (3:59.68) had been set by Evelyn Verrasztó at the 2009 Hungarian Short Course Championships in Százhalombatta. Hosszu eclipsed that with 3:58.84, finishing a mere 3/100 behind Great Britain’s Jaz Carlin (3:58.81).

Both Carlin and Hosszu moved to the top of this season’s world rankings with that final. As of now, they are the only ones to have gone under 3:59 in the short course pool:

Summary of Hosszu’s Finals at Netanya