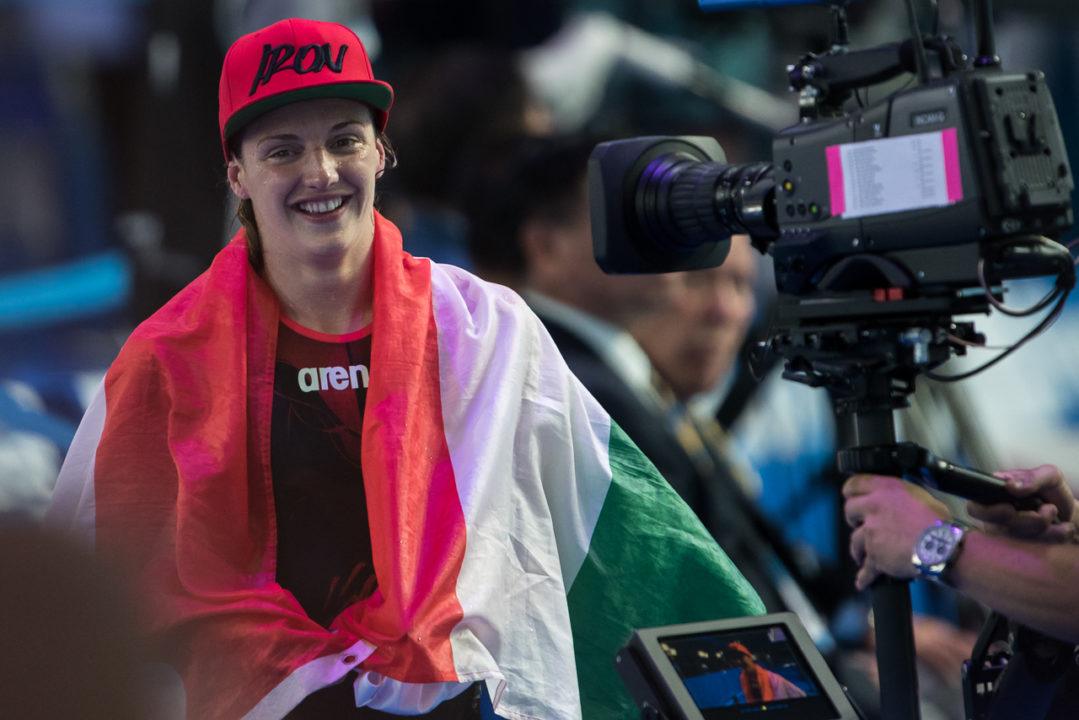 Hungary’s Katinka Hosszu continues to prove she is the world’s most dominant female IMer at any distance across both short course and long course. After sweeping gold in both the 200m and 400m IM LCM distances at the 2017 FINA World Championships in front of her home crowd in Budapest, the 28-year-old Iron Lady crushed a new short course meters 100 IM while competing on day 2 of the World Cup in Berlin.

Heading into today, the women’s 100m IM world record sat at the 56.67 Hosszu clocked en route to winning gold at the 2015 European Short Course Championships in Netanya, Israel. In Berlin, however, Hosszu was able to shave .16 off of that mark to establish a new WR of 56.51.

The front-end splits were almost identical, while the difference on the final 50m reveals Hosszu had a little more in the tank to keep the speed into the wall for her new best-ever mark.

Remarkably, Hosszu now owns 9 of the top 10 fastest performances ever produced in the women’s 100m IM event. The only competitor disrupting her list is Sweden’s Sarah Sjostrom, whose time of 57.10 from this year’s World Cup stop in Moscow checks-in as the 8th fastest performance of all-time.

You are a legend Katinka, keep killing it!