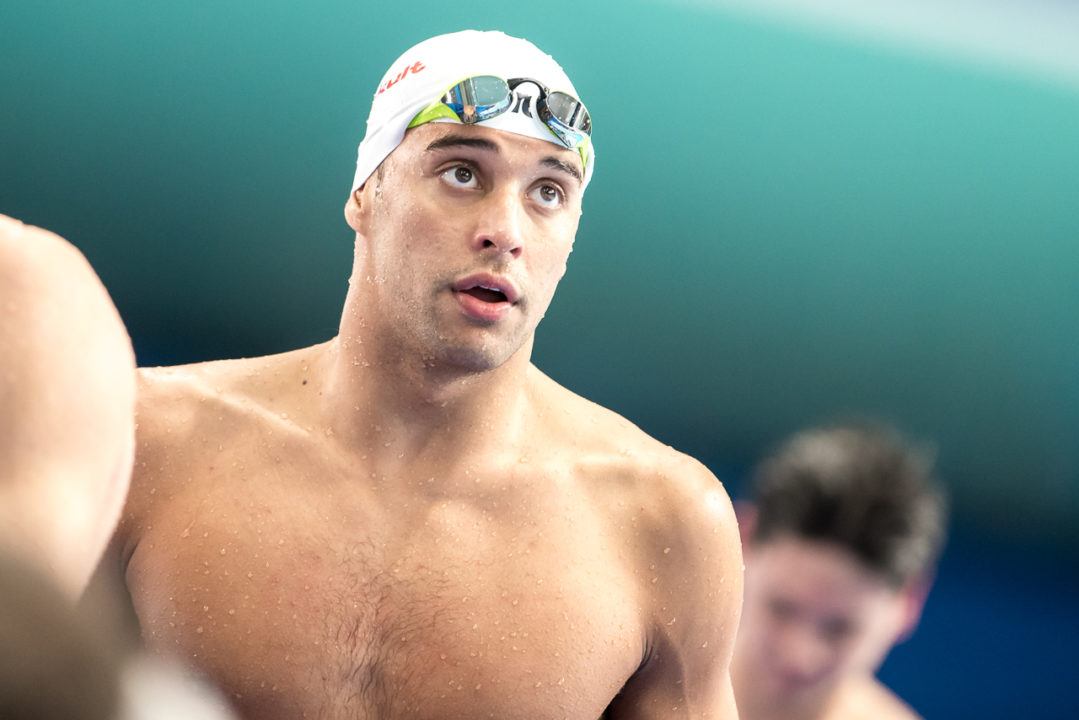 Chad le Clos won a pair of events in Berlin to break a three-way tie for the men's point lead on the 2017 World Cup circuit. Archive photo via Peter Sukenik/www.petersukenik.com

Le Clos’ biggest win was in the 200 fly, a swim that also earned him 24 bonus points as the highest FINA points score of the meet on the men’s side. That pushes him above Kirill Prigoda and Cameron van der Burgh for the World Cup points lead.

Sarah Sjostrom continues to lead on the women’s side, picking up two golds and two silvers in Berlin. But she lost ground to Katinka Hosszu and Ranomi Kromowidjojo, who were the top two point-scorers in Berlin while breaking one world record apiece.

With chest hair adding to his armpit air I see.