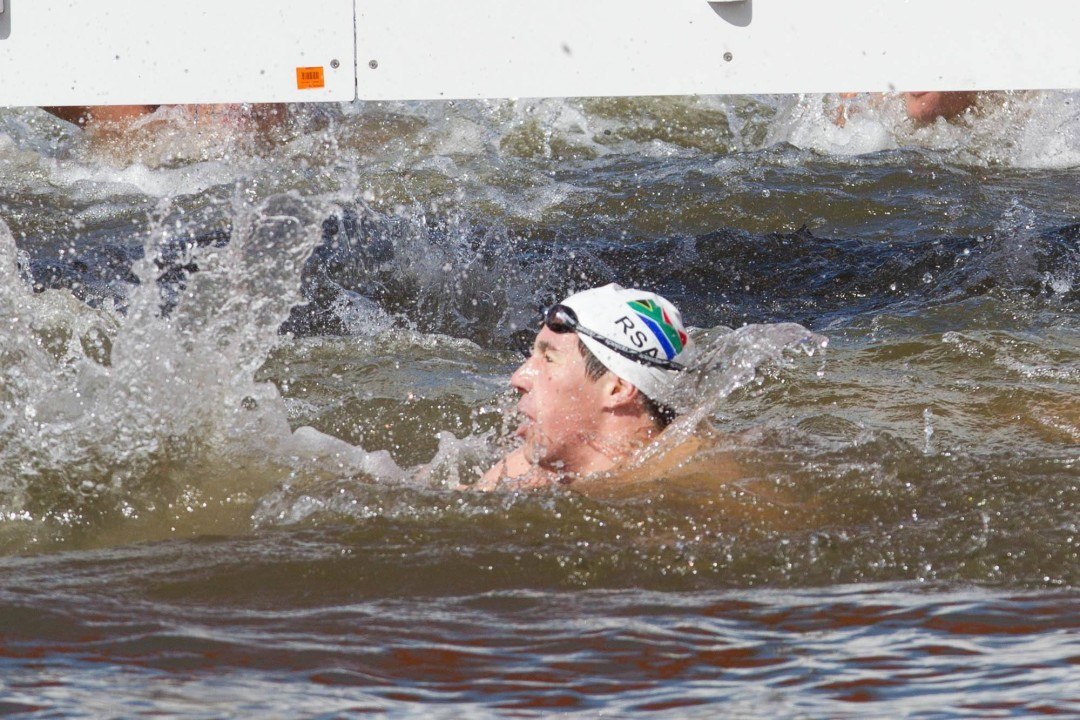 Ho worked his way to the front of the pack and nudged his way past German Rob Muffels. The two finished with an identical time of 55:17.6 though Ho had a slight edge at the finish with the placing being determined by the event referee.

Ho just missed a podium finish in 2013 placing fourth, finishing a second and a half behind German Thomas Lurz.

Muffels finished 11th in 2013 and earned the silver at last year’s European Championships.

Italian Matteo Furlan collected the bronze in a time of 55:20.0.

Does anyone know if Thomas Lurz at this meet? In 2013 I believe he won a medal in all four open water events he entered which was an amazing feat.

No, he retired from swimming last year 🙁