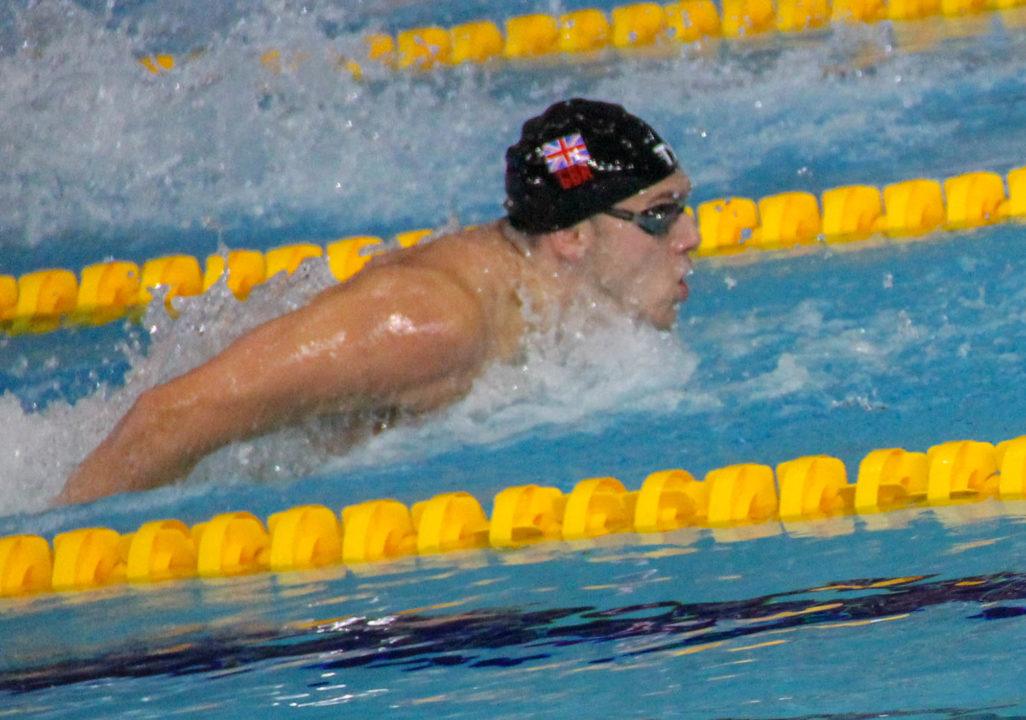 While teammates Adam Peaty and James Wilby were making things happen in the men’s 100m breaststroke event at the Royal Commonwealth Pool in Edinburgh tonight, several other athletes made waves in their respective events.

At the conclusion of his 2 events, Guy stated, “The 200m Freestyle felt ok; not amazing but it isn’t supposed to as we’re still five weeks from trials and hopefully we can progress that in a few weeks’ time. Last year was a really weird year – I’d had six or seven years of just PBing every year but last year was just a bit of an off year. We kind of knew what we were doing wrong and this year we’ve fixed that and I think I’ve shown that just then.”

Commonwealth Games gold medalist Alys Thomas completed a double of her own, following up last night’s 200m fly victory with a 100m fly win tonight. Earning the fastest time in 58.49, Thomas represented the only swimmer to delve under 59-second territory.

Runner-up in the race was Danish Olympian Jeanette Ottesen, who is returning to international racing after giving birth to her daughter. Ottesen nabbed a time of 59.26, while Scottish National Record holder Tain Bruce also got on the podium in 59.67.

University of Stirling’s Commonwealth Games champion Aimee Willmott did damage in the women’s 400m IM, wining the race in 4:40.93, while visiting swimmer Jessica Vall of Spain notched the 50m breaststroke win in 31.54.

Teen titan Freya Anderson produced a new lifetime best to take gold in the women’s 200m freestyle, topping the field in 1:58.19. Behind her was Denmark’s Signe Bro, with Georgia Coates also making it into the top 3 in 2:00.13.

Peaty & Wilby are both pretty big taper swimmers – Can’t wait to see what they can do at trials. Anderson came home like a freight-train in the 200. She was 1.29.6 at 150, back in 28.5 down the final 50 and looked fantastic in the water. She’ll go really quick when she is more confident in the event.