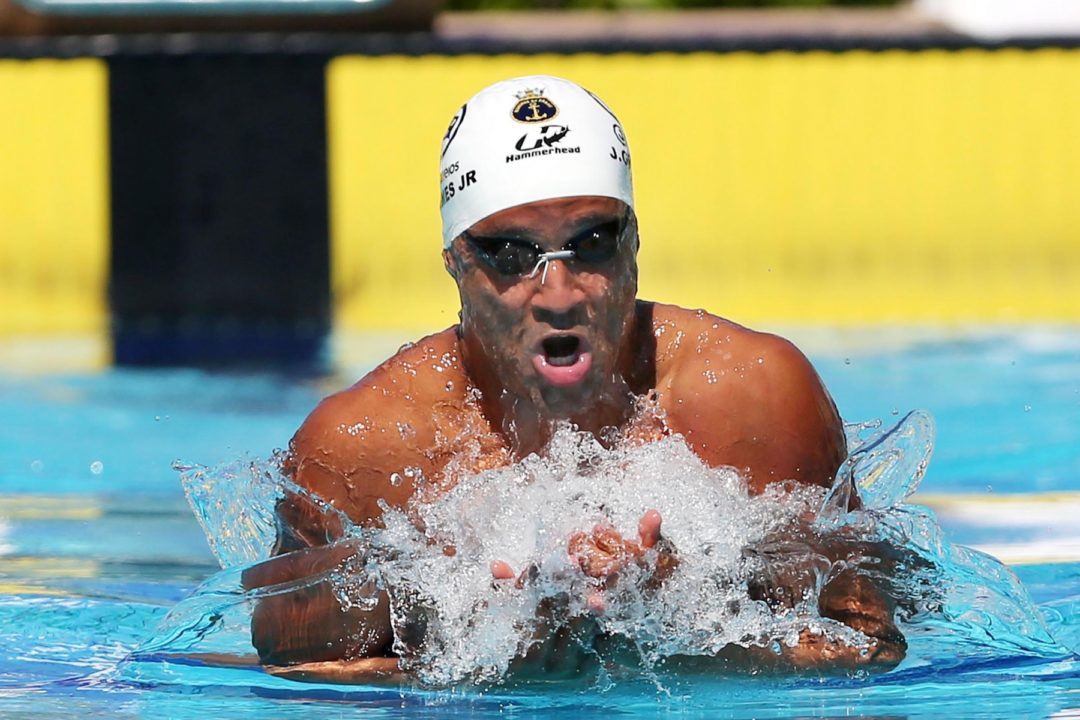 The final day of the 2019 Brazil Trophy, Brazil’s national championships, started off with some fast prelims swimming.

Minas’ Olympic sprint veteran Bruno Fratus, in his second meet back from undergoing shoulder surgery last year, dropped the world’s fifth-fastest 50 freestyle this year. He was the only swimmer under :22, taking the top qualifying spot in 21.68; Gabriel Santos was the No. 2 qualifier in 22.14.

Later in the session, Jhennifer Conceição Alves and Joao Gomes Jr. hit South American records in their respective 50 breast races. Gomes Jr. went 26.42, besting the previous record of 26.52. His Pinheiros teammate Felipe Lima also went under the old record, going 26.48 for the No. 2 time in the world.  Both pass up world record holder Adam Peaty, who went 26.49 at British Nationals this week, in the 2019 ranks.

Conceição (Pinheiros) went 30.50, just besting her own previous record of 30.51. She led the field by a full second, good for the No. 4 time in the world this year.

Breaststroke is getting FAST obviously Peaty still has a gap on everyone else, but the world is catching up