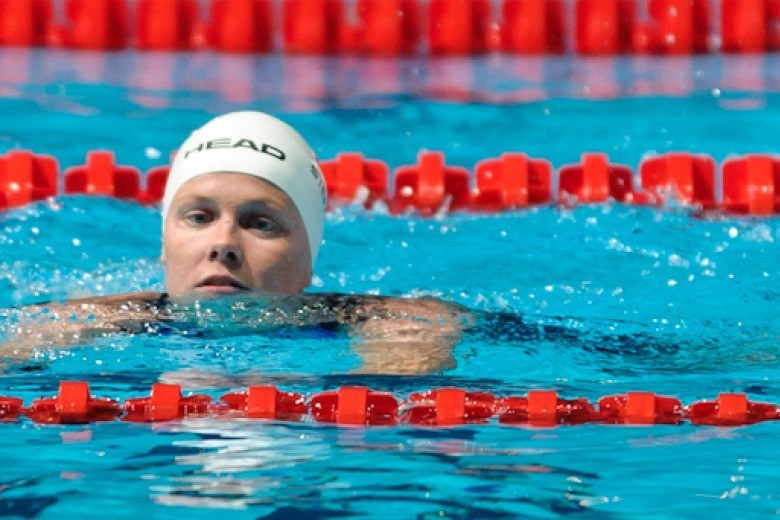 This week, we've seen now three current and former World Record holders announce their retirement from swimming; the latest is Germany's Britta Steffen, who according to the German Swimming Federation has retired. photo via Victor Puig

This week, we’ve seen now three current and former World Record holders announce their retirement from swimming; the latest is Germany’s Britta Steffen, who according to the German Swimming Federation has retired.

“I’m finishing my career in the consciousness of belonging to the best in the world,” Steffen said in a statement through her management team (translated from German). “However, I doubted in recent weeks whether I had the necessary motivation and energy for even three more years in the fight for gold medals and championship titles.”

Steffen is the current World Record holder in the long course 50 and 100 meter freestyles, set at the World Championships in 2009. At that meet, and the Olympics that preceded them, Steffen was on top of the women’s sprinting world. She took gold in the 50 and 100 freestyles in Beijing, and swept the same in Rome the year after at Worlds.

In total, she will resign with 7 career long course World Championship medals, at 12 European Championships.

Her most recent success came at the 2012 World Short Course Championships, where she was crowned champion in the 100 free. That came in the heart of a tumultuous two-year run that saw her battle illness and injury and a heck of an up-and-down ride. At the 2013 World Championships in Barcelona, she managed to qualify for the final of the 100 free, where she placed 6th in a punctuating 53.75. That was her only individual event of the meet.

She is dating another German World Record holder, Paul Biedermann, who has also battled injury in the last year that caused him to miss the World Championships.

“Britta Steffen was an exceptional swimmer that has shaped swimming in Germany in recent years,” said DSV President Christa Thiel. “She has shown in many international championships at the national excellence. Double your success with the 2008 Olympics in Beijing and the 2009 World Championships in Rome will never be forgotten. We would be happy if Britta been swimming and the DSV remains with their experience – in whatever capacity. ”

While swimming, Steffen studied as an industrial engineer for environment and sustainability and has become an ambassador of the German Children and Youth Foundation.

She joins Megan (Quann) Jendrick and Ariana Kukors in retirement this week.