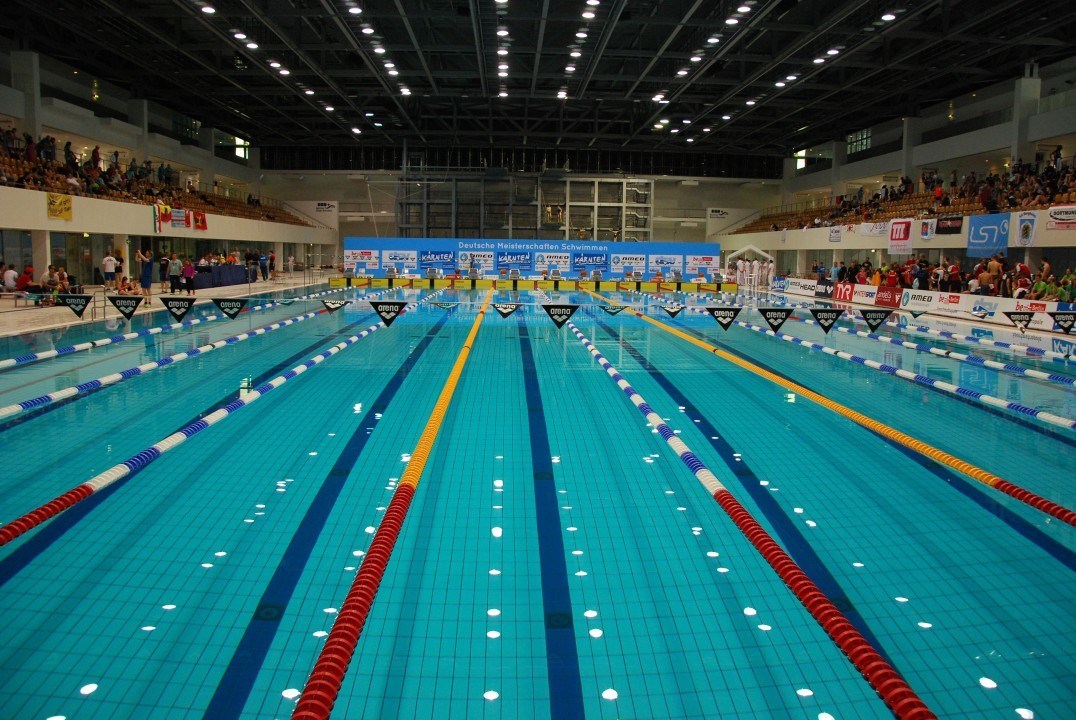 Today, the German Swimming Association (DSV) published an overview about the last step in the nomination procedure for German swimmers to qualify for the World Championships in Kazan in August. Archive photo via Daniela Kapser

Today, the German Swimming Association (DSV) published an overview about the last step in the nomination procedure for German swimmers to qualify for the World Championships in Kazan in August. The “German Open” will take place in Essen from July 1st to July 4th. 12 Swimmers, seven women and five men, must confirm their results from the German National Championships to finally get the ticket for Kazan. German swimmers had to swim qualification times at National Championships in prelims and in finals and afterwards they must confirm these standards at another selected meet (Mare Nostrum tour, Junior European Championships, German Youth Nationals, Golden Tour Nancy or now at German Open.). German national head coach Henning Lambertz said this in an inverview with SwimSwam in April: “I noticed in earlier days that the times German swimmers reached at the season highlights, very often were much slower than at the trials before. Statistics said that 8 of 10 swimmers performed worse at the big international meets. So our nomination procedure is an attempt to keep the performances on a good level.”

Exceptions are Paul Biedermann, Steffen Deibler and Marco Koch who are pre-qualified for the World Championships because of their excellent and stable performances over the last years. Biedermann and Koch are not going to attend the German Open – Koch will race at “Open de France de Natation” in Vichy, France, next weekend to test his form against international competitors.

These swimmers have to confirm their achievements from the German Nationals:

The German Swimming Asscociation has a so called “long list“ with all of the swimmers who have already gotten the ticket to Kazan – or have made their pre-nomination so far. Three swimmers who weren’t able to swim the required standards at Nationals are on this list: Alexander Kunert, Philip Heintz and Christian Diener. “Philip Heintz and Christian Diener are exceptional cases because they won silver medals at last year’s European Championships on Olympic distances.” explained Henning Lambertz this decision. Diener (Potsdamer SV) already made the final qualification like the following swimmers did:

Backstroke specialist Sonnele Öztürk only could stay on the roster if Lisa Graf doesn’t swim the qualification times in Essen because Sonnele only was the 3rd swimmer who was able to reach the nomination time.

It will be interesting to see how the German top swimmers will perform in Essen – the long course pool isn’t as fast as the Berlin pool is and Germany expects a heatwave with temperatures up to 104 degrees F  – not the best conditions to swim fast indoors.