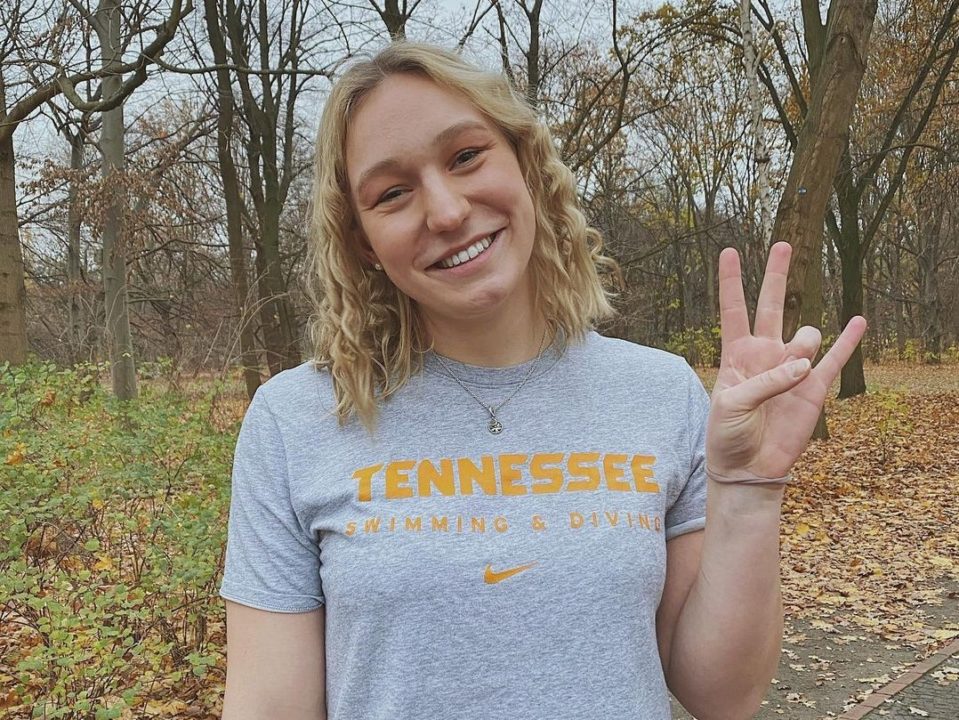 Julia Mrozinski from Hamburg, Germany announced her commitment to the University of Tennessee beginning in the 2021-22 school year. Writing on social media, she said:

“After this tough year, I couldn’t be happier to announce my commitment to the University of Tennessee!!! I‘m so proud to be a lady vol next year!! Thanks to everyone who supported me! GO VOLS 🧡🧡🧡🧡 #rockytop 🍊🍊”

Mrozinski swims for the club team SGS Hamburg and specializes mainly in free, fly, and IM. She has represented Germany internationally in Europe and on the world stage. She competed at 2019 FINA World Championships in Gwangju, contributing the third leg (54.28) to the German women’s 4×100 free relay in prelims; they finished 8th and earned a berth in the final. In that race, she swam the second leg (55.02) as Germany placed 8th overall. She also competed at FINA World Junior Championships in 2017, making the A finals of the 200 fly (5th) and 200 IM (8th).

Her fastest 200 fly comes from her silver-medal performance in 2016 at the LEN European Junior Championships. She achieved her best 100 fly time at the Swim Cup Eindhoven earlier that spring. In 2015 she competed at the European Games in Baku and clocked a lifetime best in the 200 IM in prelims.

Her fastest 200 fly comes from her silver-medal performance in 2016 at the LEN European Junior Championships. She achieved her best 100 fly time at the Swim Cup Eindhoven earlier that spring. In 2015 she competed at the European Games in Baku and clocked a lifetime best in the 200 IM in prelims.

This class is gonna certainly add to Tenn’s butterfly legacy when all is said and done.

Wow! Continued to be impressed with this class

BOOOM!! Glad it’s official!! Huge get for Kredich and Co.