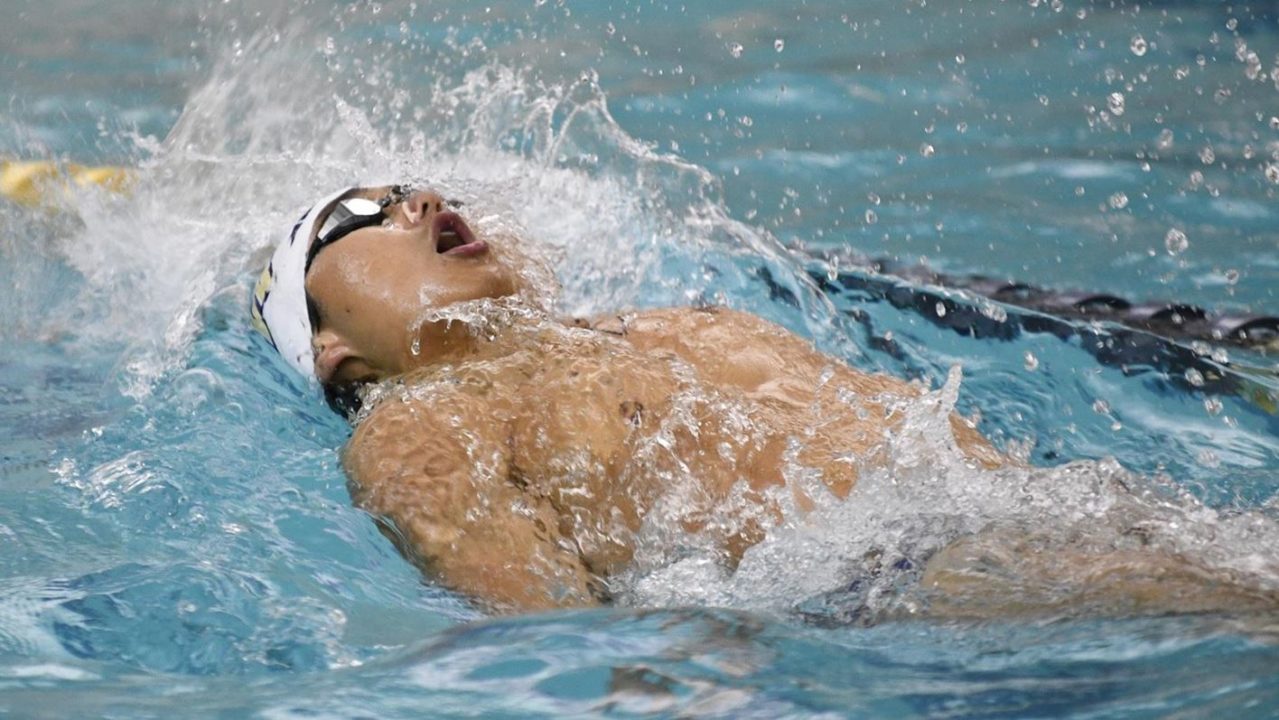 UP NEXT: GW travels to Charlotte, N.C., for the Queens University Fall Frenzy, which runs Nov. 22-24 at Mecklenburg County Aquatic Center.

WASHINGTON – GW women’s swimming & diving swept the swimming events Saturday on the way to a 158-47 win over Howard in a District showdown at Burr Gym Pool.

The Colonials flashed their depth with seven different swimmers combining to take the eight individual races. Gemma Atherley was a double winner for the Buff and Blue in the 100 and 200 free and also contributed to a victory in the meet-closing 400 free relay.

UP NEXT: GW has next weekend off before heading to the Queens University Fall Frenzy from Nov. 22-24 in Charlotte, N.C.

Despite the losses, HU registered a pair of victories on the day.

For the women, third-year diver Christian Nickolas (Brentwood, Calif.) captured gold in the 1-meter dive, scoring 248.53 in the event.

On Dec. 6-7, Howard ends the first half of the season in Baltimore for the H2ounds Invitational, hosted by Loyola (Md.).