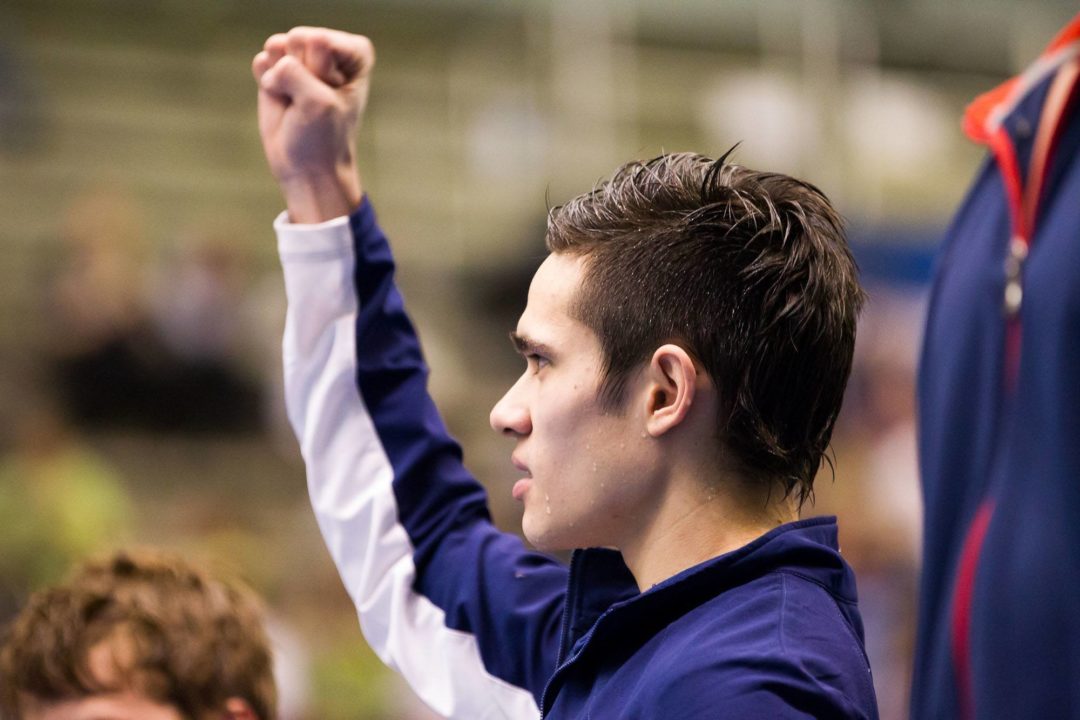 Michigan's Richard Funk has declined a swimoff in the 200 breaststroke, choosing to focus on the 100 instead. (Photo: Tim Binning/TheSwimPictures.com)

After Richard Funk and Ashton Baumann tied for the top spot in the 200 breaststroke at the 2013 Canadian World Championship Trials on Saturday, there was the potential for a huge swimoff.

Both swimmers touched in 2:14.84 to tie for first place; that’s a FINA “B” qualifying time, but because it’s not an “A” qualifying time, Swimming Canada is only allowed to enter one of them into Worlds this summer. By qualifying rules, a swim-off was to be done in the next few months at a mutually agreeable time and place.

As it turned out, Funk, who was recently a part of the Michigan team that won the NCAA Championship, declined said swim-off. Funk was already on the team after winning the 100 breaststroke in 1:00.87, and that sprint breaststroke race is truly his better opportunity at advancing out of the prelims in Barcelona.

That means that the 20-year old Baumann will make his first trip to a senior global championship. Baumann has an outstanding pedigree; his father is 1984 double Olympic gold medalist, and former World Record holder, Alex Baumann.

The younger Ashton is already making a name for himself. A few years ago, he broke the Ontario Provincial 15-17 record in this same event: a record held since 1982 by one of his father’s peers: Victor Davis.

To see the full roster that will swim in Barcelona from July 28th-August 4th, click here.

And his daughter Tabitha in the 1500m free