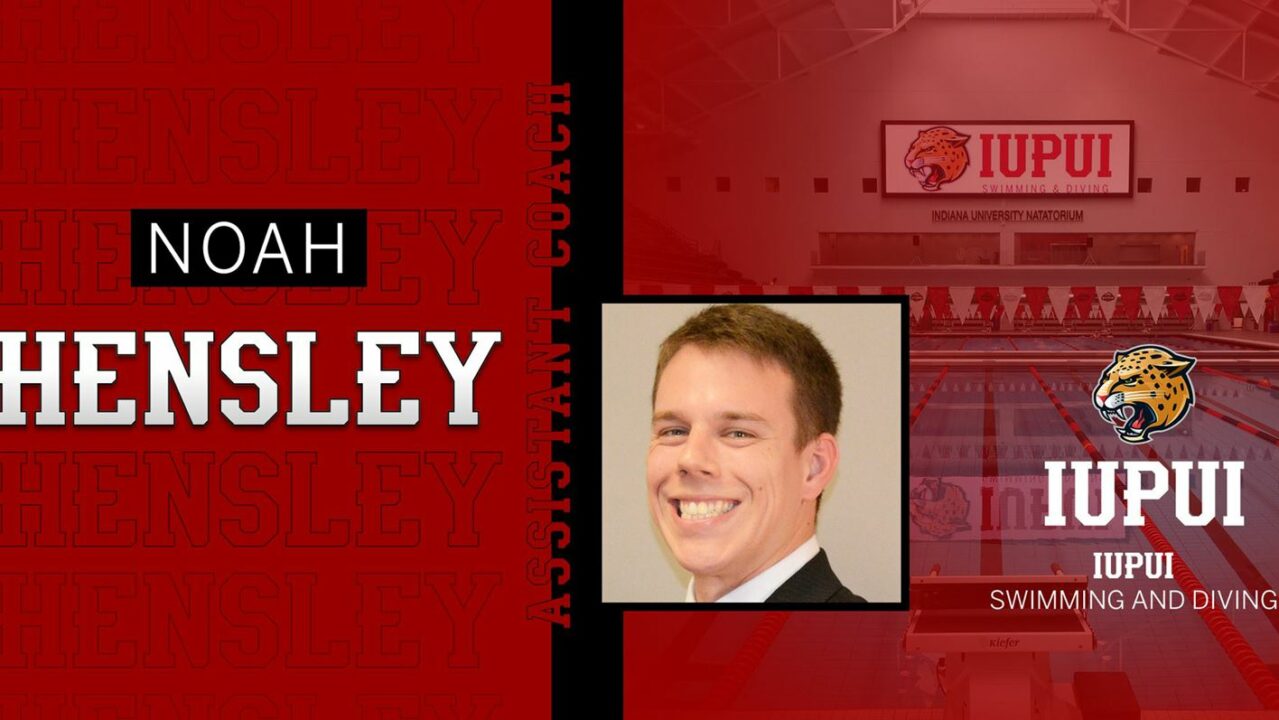 Hensley joins the Jags after serving as a volunteer at NC State, where he was a four-time NCAA All-American during his career that concluded in 2019-20. Current photo via IUPUI Athletics

INDIANAPOLIS – IUPUI head swimming and diving coach Damion Dennis has announced the hiring of Noah Hensley as an assistant coach for the program. Hensley joins the Jags after serving as a volunteer at NC State last season.

“I’m thrilled to be a part of Damion’s staff and vision here at IUPUI,” said Hensley. “I’m very thankful to our support staff who have welcomed me into the department with open arms. We have a great group of young men and women that are hungry to take the next step as a program and I’m excited to get the season underway.”

“I am excited to welcome Noah to IUPUI,” said Dennis. “He has in outstanding background in the sport.  He has a love for the sport that can be heard, seen and felt when he’s on deck and a work ethic to match when he’s off the deck”

“It’s great to have our staff completed.  I want to thank Dr. Perry and all of the administration and staff for their continued support of the swimming and diving program. It’s us our vision to build a program that focuses on academic and athletic performance, individually growing as leaders and positively impacting our community. I am confident that with Eric, Ethan and Noah we will be taking a major leap as a program.”

During his swimming career, Hensley was a four-time NCAA All-American, earning the honor twice in the 100 butterfly (2019 & 2020) and as a member of the 400 free relay and 800 free relay in 2020. He was a member of NC State teams from 2017-19 that took fourth-place at the NCAA Championships and is a four-time ACC Team Champion.

Hensley holds the third-fastest 100 butterfly in NC State history and is fifth all-time in the 100 back and sixth in the 200 back in school history.

Hensley served as a team captain in 2019-20 and earned his degree in Sports Management.