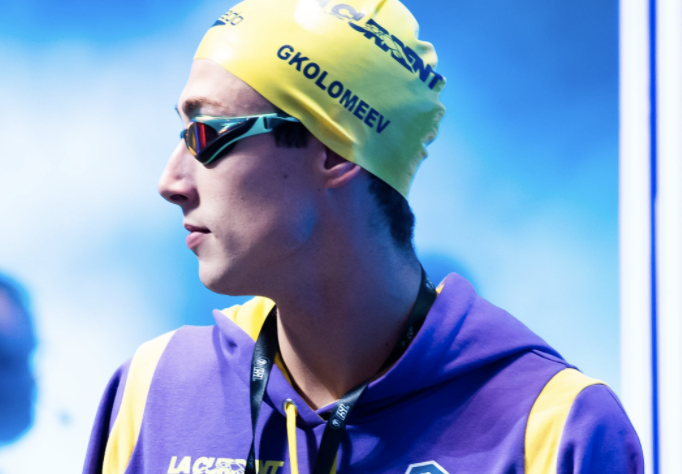 Gkolomeev became the first Greek man to go faster than 21 seconds in the 50 free on Friday in ISL Match #4 in Budapest, Hungary. Current photo via Mike Lewis/ISL

Kristian Gkolomeev broke the Greek Record in the 50 free to win the event in Match 5. He swam a 20.97 to become the first Greek man ever under 21 seconds in the event, and in the process kept alive the perfect 12-match streak where the winner of the men’s 50 free at ISL meets have always been under 21 seconds.

Gkolomeev’s previous Greek Record came 3 years ago at the European Short Course Championships, where he swam 21.02. Last week, he swam his best ISL time of 21.04, and the week before that he was 21.10.

Gkolomeev was a solid contributor last season for the Aqua Centurions, but this season has taken his sprints to a new level racing for the Current. In 2 races last season, his best time in the 50 free was 21.37 and his best placement was 4th. This marks the first individual win of his ISL career.

He becomes the 9th man to go faster than 21 seconds in the 50 free in ISL competition. About 30 men have done so all time.