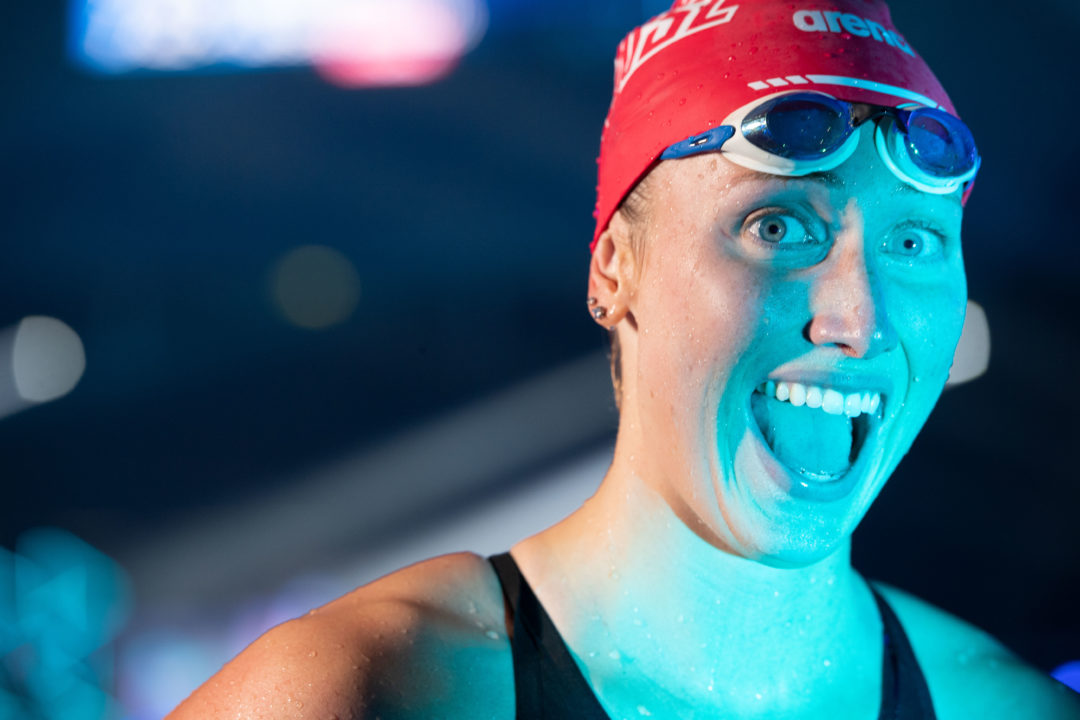 Bilquist switched her focus to executing the back-half of the race, leading her to a new personal best and the win in Budapest. Current photo via Mike Lewis/Ola Vista Photography

DC Trident swimmer Amy Bilquist scored her first personal best time of 2020 en route to winning the women’s 200 backstroke at the ISL’s fifth match in Budapest, shooting up to #12 in the all-time rankings.

Bilquist finished in a time of 2:01.29, lowering her previous best of 2:01.61 from last November and knocking over four-tenths from her season best of 2:01.72. She has now gotten faster in the event in all three of her appearances this season, having gone 2:02.23 in Match 2.

What stands out about Bilquist’s performance is that in her post-race interview she talked about how she “realized she was a back-half swimmer”, and played to her strength in this race compared to last match.

While that might have been her strategy mentally, there wasn’t an obvious change when analyzing her splits — she actually had the exact same split at the 100 than she did last week — but that thought process might’ve been the reason she was able to come home faster on the second 100 than she had earlier in the season.

The Cal Berkeley alum also moved through the field over the course of the race, which gives a swimmer the sense they’re building throughout. Bilquist turned fifth at the 50, and then was second to Kira Toussaint at the 100 and 150 before flying home to win by 1.31 seconds.

In her previous personal best from last season, done at the American Derby while repping the LA Current, Bilquist clearly used that back-half strategy, posting her fastest second 100 to date in 1:01.64.

Having previously ranked 17th, Bilquist is now the 12th-fastest swimmer of all-time in the event. The 23-year-old also overtakes Cali’s Beata Nelson (2:01.31) for the fastest time of the ISL season.

Based off that list she is probably 3rd in the world right now after Baker and Atherton.