Final Decision: Times From ISCA Meet Will Be Adjusted Then Approved 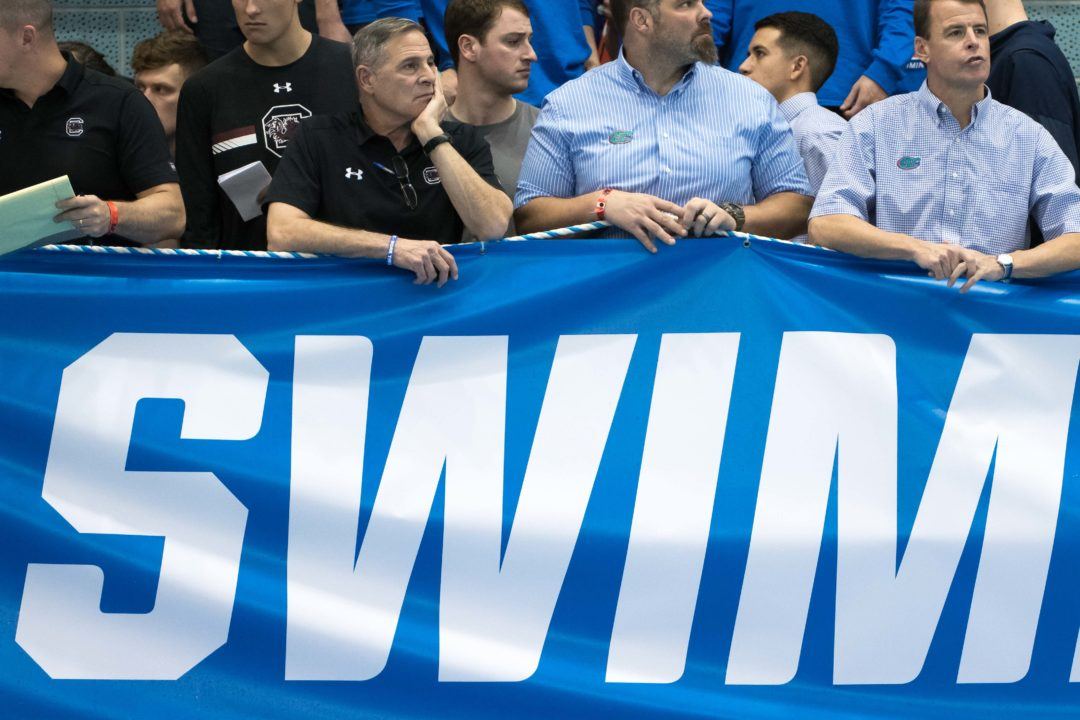 Michael Andrew drops from his spot as the fastest-ever 18 & under after the adjustment. Stock photo via Mike Lewis/Ola Vista Photography

USA Swimming has confirmed today that times taken with the faulty Daktronics equipment at the 2018 ISCA Junior National Cup in Virginia last weekend will be confirmed, with an adjustment.

The issue, first noticed by spectators and hawk-eyed fan-timers, was a result of miswiring in 2 of the 3 Daktronics timing boxes owned by meet host Liberty University. The manufacturer says that they are confident that the error, which has to do with whether the clock starts at the start of the signal or the end of the signal, can be accurately-adjusted by .39 seconds to get real times for swimmers. The adjustments will be applied to the Tuesday distance session, Wednesday prelims, Wednesday finals, Wednesday time trials, Thursday prelims, and Thursday time trials sessions. A “temporary fix,’ believed to be as simple as flipping a switch on the console, was enacted beginning with Thursday’s finals session.

In spite of 2 boxes from the same batch being miswired, Daktronics tells SwimSwam that they “believe this concern to be isolated” and that they don’t think there are any other miswired boxes around the country.

Besides being a significant, mostly eastern, championship meet, the adjustment and ratification of the times is important because there were several National Age Group Records set in the impacted sessions.

Among the casualties of the adjustment was the 17-18 National Age Group Record and 8th-fastest performer-in-history-mark by Michael Andrew in the 100 breaststroke. He originally touched in 50.79, which adjusts to a 51.18. That’s still his personal best time, but leaves him just behind Reece Whitley‘s 51.16 earlier this year as the fastest-ever by a 17-18.

It’s certainly a shame that the kids had to go through this, but it’s nice to think that with the technology we now have, mistakes like this will get caught, at least at major meets.

I’m confused. I thought last week’s articles pointed at the starter microphones as being mis-wired. Now this article states the start boxes were mis-wired. Which items are faulty? Thanks.

It was the starter’s box.

I have been suspicious of this at a few meets in the past. As a coach, I am almost always .2 seconds fast on my first split of the race due to my reaction time. In the meets where I felt like this has happened, my split times are all of a sudden .2 seconds slow. Now that there is proof that this could happen, I will notify meet management. It hasn’t happened often but I don’t believe this to be an isolated incident.

Being suspicious, I have timed videos of meets that had an alarming number of huge drops, especially in the 50. I usually am about .1 faster on my watch than the time that is said to have happened, but in these videos I was consistently .2-.3 slower on my watch.

I think this problem is a lot bigger than we think.

Yes. It’s always the 50 where it is most noticeable.

I agree. Seems like all times should not count.

The same way that the duration of the audio signal is the same from start to start. A computer controls everything. A switch just sends a pulse that is quickly digitized.

Isolated? No, not isolated. We have seen at least 4 pools in Iowa w/this same problem – all w/Daktronics timing systems.

Pretty sad circumstances for the first couple of reserves for the NCAA women’s championship that didn’t make the meet considering there were swimmers that qualified at the Liberty Last Chance meet with unfair times.

Darn, great point. 3 Duke women earned NCAA spots after the Liberty Last Chance meet in 100s or 200s and ended up sitting in 25th, 26th, and 30th. Add .39 to these times and none of these three women make the meet! Bummer for those unfairly bumped out!

It would have pushed me up two places to just having missed NCAAs by one. Thank gosh really because I don’t know if I could have stomached not going to the meet after a year of hard work simply due to some faulty equipment.

There is no way to know which starter was used. For all we know, it could have been the one that worked correctly.