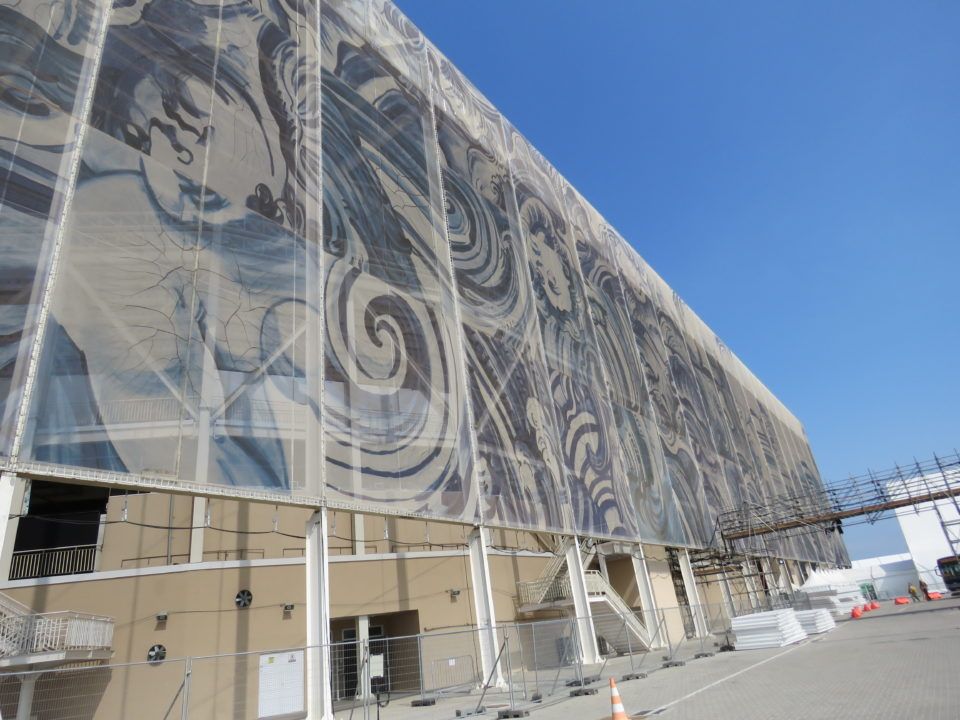 After numerous invitational mishaps, confusion on the Olympic qualification process, and the Russian doping scandal, FINA has released the “final”... Current photo via D'artagnan Dias

After numerous invitational mishaps, confusion on the Olympic qualification process, and the Russian doping scandal, FINA has released the “final” entry lists for the 2016 Rio Olympic Games.

Check out the PDFs below with the entry lists for the male and female swimmers competing next month in Rio.

There are several worthy notes from these lists:

And no correction of their own mistakes
Many countries which had relays qualified did not have A entrants on specific events (Like 100 back/breast, etc.) and their relay swimmers had a B Time. As they are already on Rio they should have been included on the individual event.

It happened to Brazilians swimmers Jhenifer and de Lucas, FINA mistankely forgot to included them on 100 breast and 200 back and now they don´t want to correct it. Probabaly happened to other countries too..

If you’re relay only you should swim only relays

Incorrect Jay M.
If a swimmer who was a B Cut is on the olympics to swim a relay and there is no one with an A cut from the same country on the event where the relay swimmer have a B Cut the swimmer automatically can swim the individual event if the country made the entry per FINA Rules. And Fina “cut” many swimmers on this situation and does not want to repair their own mistake

Rafael – as we all know by this point, the rules are very complex and frequently not followed accurately. However, in this case, I’m not sure I read your interpretation in the rules. I don’t see anything in the rules document (http://fina.org/sites/default/files/2015_02_rio2016_qualification_system_sw_en.pdf) that allows relay-only swimmers to swim those events individually unless invited. It would be logical to allow them to, sure, but I don’t see FINA rules actually allow OR forbid that.

My understanding of this rule is in accord with Rafael :

– a swimmer who has qualified/been nominated to swim in any individual events can be nominated for ANY relay for their gender. There is no penalty if they are not eventually used.

– however those selected/entered as “relay only” selections MUST be used in the relays for which they may be nominated. If they are NOT utilised as such, and there is no medical waiver/sign-off from the officiating medical officer of the meet, then that relay team is subject to disqualification.

Some teams, GBR & AUS, have sought to mitigate this by changing the status of some original “relay only” selections by entering them in individual events where (1)… Read more »

commonwombat – can you point to the portion of the selection procedure that supports that interpretation?

I don’t find anything in the rule to leave explicit that was allowed, but I interpret as “relay only swimmer”, so that the athlete can swim only relays. And is very difficult to FINA commit the same mistakes with numerous nations.

Did the question of the USA being the only country to list their relay-only swimmers on all three relays ever get explained?

I think Swimswam has asked the US Olympics team, but so far no news yet.
It’s very peculiar I have to say.

im confused here – please help me understand why Adrian and Dressel aren’t listed as swimmers in the 4 x100 free relay and Phelps and Murphy not listed as part of the Med Relay? It looks like they just repeated the same swimmers in all 3 relays?

If FINA or who ever can’t get a list correct – Then how the heck are they going to find the swimmers who might be doping?

Where are the refugee swimmers? Rami Anis and Yusra Mardini?

That is really going to make the 400 Med Relay really interesting. Since there are only 8 swims between heats and finals and they are defining 6 names they can now only use 2 top guys for the final. If we get to the final considering if we use one of those 2 none relay only swimmers to get to the finals you only have one none relay only swimmer to use in the final. Are you going to use Conger on Free, Fly or back? You have Feigen and Smith so I guess Adrian is not swimming that relay. I guess Bentz on breaststroke for heats then Cordes in for the Final. Which two on which leg would you… Read more »

I’m sorry to say but NONE of you sentences makes any sense.

What I thought about later was if you can do deck scratches on relay only swimmers for specific events as long as they are still entered in other relays. Sorry for being so confusing with my comment.

None Relay Only Swimmer – someone that is swimming an individual event and therefore is not a relay only swimmer.

Still doesn’t make any sense.
You are making things even more complicated than FINA, which is unbelievable.

Here’s the two simple rules:
1. ANYONE on the team may swim relay
2. A relay-only swimmer must swim AT LEAST one relay swim, doesn’t matter prelims or finals.

That’s it. No need to complicate things.

IAIN – You are correct.

The rule is event specific as I read it.

If an NOC enters relay-only swimmers for a specific event, these swimmers must swim either in the heat or
final of that relay event. Should a relay-only swimmer not compete, this will lead to the disqualification of the respective team in the final.

US will have to correct it..

otherwise the 4×100 free relay would have to use Bentz, Clark Smith and Blake Pieroni.
While Conger Feigen and Held + someone can probably be a OK team for prelims, a team of Bentz Smith Pieroni + someone else.. would be a disaster bigger than Kazan. Same for 4×200.. imagine using Feigen Conger and Held on 4×200? Of any of these 6 guys on Medley?

I don´t know if it was FINA mistake or USS, but if it was USS and FINA does not accept changes now, US can say goodbye to all 6 finals..

This selection process makes no sense whatsoever. Is there anyway we can reach FINA and get an idea on how they selected people? Because they simply did not follow their own rules…

What do you mean by selection process not making sense?
This is the first time I’ve heard such thing.

No sense means that FINA published two Olympic qualifying standards (A & B) for Rio 2016, so, swimmers around the world worked hard to get an “A” or a good “B: At the end, only 23 “B” invited but 223 universality swimmers were called for Rio. Many of those “universality” swimmers invited are done nothing to be Olympians. No proportion, just votes.

So how many universality swimmers and how many OST swimmers do you think should be invited?

There are different ways that Fina may use to consider eligibility to the Olympics, but once you called OST, then, it have to be used to call a good number of swimmers,(Olympic Qualifying), B Standards swimmers were 10% of Universality swimmers called. No proportion.

It’s a blessing not to see Efimova on there.