After Confusion with His NOC, SwimMAC’s Marko Blazevski to Swim in Rio 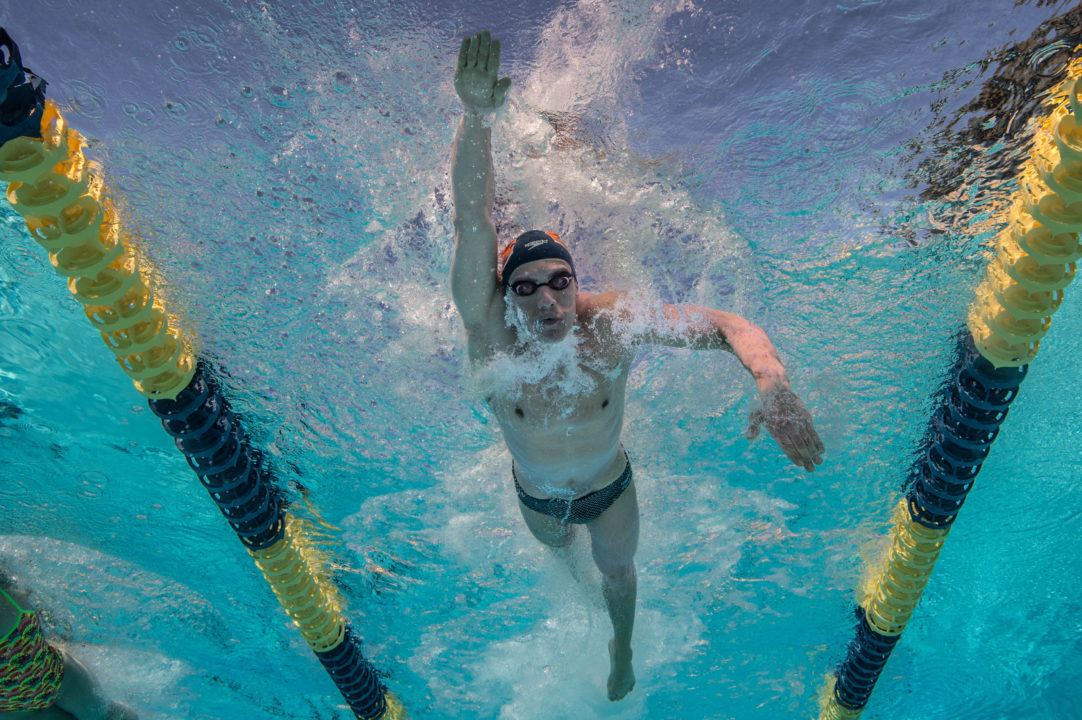 It looked as though Marko Blazevski was going to be barred from competing at his second Olympics, though it was not... Archive photo via Mike Lewis/Ola Vista Photography

It looked as though Marko Blazevski was going to be barred from competing at his second Olympics, though it was not FINA nor the IOC to be blamed. Rather, the Macedonian Olympic Committee was the federation saying “no” to Blazevski, who trains as part of the elite group at the renowned club SwimMAC Carolina.

The issue was with Blazevski’s times– he has FINA ‘B’ cuts in both the 200 and 400 IMs, but according to him, the Macedonian Olympic Committee didn’t want him going to the Olympics without an ‘A’ cut.

“Apparently my B cuts do not count and I need an A cut to go to my second Olympics,” said Blazevski, who competed in the 200 IM in London four years ago. He was actually invited to the Games by the IOC and FINA, but the Macedonian Olympic Committee apparently intended to only send swimmers with ‘A’ cuts to the Games. “The bizarre thing is that there is no other [swimmer] going with an A cut,” he said, “so they were going to send only one female swimmer.”

Blazevski, on July 20th, got some good news, though, as the Macedonian Olympic Committee changed its mind and decided to send the IM’er to Rio after all. He cites “support from the world wide swimming community, as well as clarification by FINA” as factors in the decision change.

It's finally official, I am going to Rio! A big big thank you to everyone supporting me during this stressful time???????? pic.twitter.com/Nk2sYjoSKb

Blazevski wasn’t certain whether he was officially invited on accord of his ‘B’ cuts, or due to universality. In fact, Blazevski himself isn’t even sure. What seems clear, though, is that he’ll be racing in Rio next month.

Glad to hear this was resolved and Marko will compete in Rio. Best Wishes for BEST TIMES in both events Marko!

Very happy for you Marko! Thanks to David, Bob, Jeff and all the SwimMac elite swimmers for supporting Marko to make Rio a reality! Hopefully Marko’s London and Rio experience will inspire the next generation of Macedonian swimmers to someday medal at the games. Good luck to Marko, and good luck especially to Team USA!

As the roomie, Marko has been training for this meet for literally 3 years. He’s been swimming just to have another shot at the olympics and represent Macedonia as their fastest swimmer in their history. NOC’s need to know that these are the meets the atheletes strive to compete at, and if their country doesn’t support them to be that fast then what is the point.