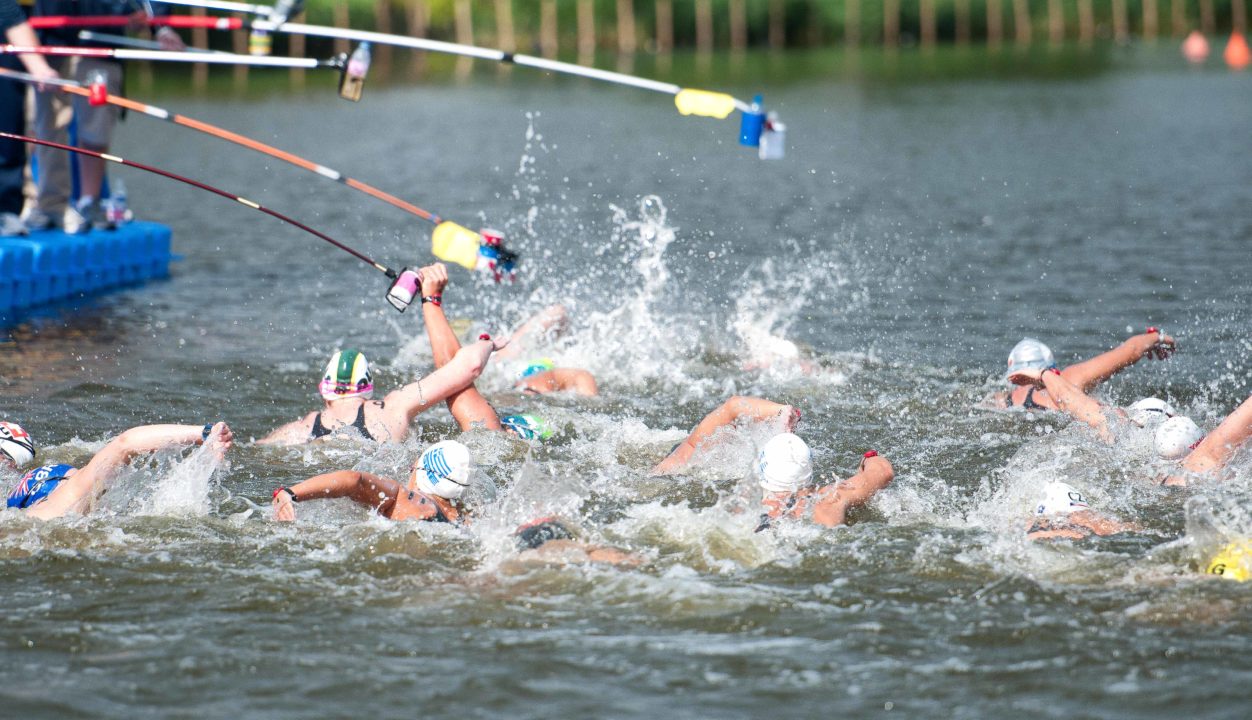 It should come as no surprise to see the Brazilian women off to a strong start in the 2014 FINA... Stock photo via Mike Lewis/Ola Vista Photography

It should come as no surprise to see the Brazilian women off to a strong start in the 2014 FINA Open Water World Cup Series – reigning world champion Poliana Okimoto took the top honors this weekend in Viedma Argentina with her teammate Ana Marcela Cunha in the second spot.  German’s Angela Maurer was in the third position.  Missing from the race were teams from North America, Oceania and Asia (many of those athletes competed at the BHP Aquatic Super Series event in Perth, Australia).  The remaining top ten were: Aurelie Muller (FRA) 2:05:20.88, Samantha Arevalo (ECU) 2:05:24.69, Rachele Burni (ITA) 2:05:24.74, Martina Grimaldi (ITA) 2:05:25.30, Cecilia Biagiolla (ARG) 2:05:27.80, Kalliopi Arouzou (GRE)2:05:31.07 and Margarita Dominguez (ESP)) 2:05:48.24

In the men’s field it was Great Britain’s Thomas Allen first to hit the finish in a time of 1:51:29.04, German took the second and third spots with Andreas Waschburger (1:51:30.69) and Christian Reichert (1:51:33.51).  As is customary, it was a very close race to the end with the top 7 finishers within ten seconds of the leader.  The Italians had three swimmers in the top 10 as Federico Vanelli and Matteo Furlan took the 4 and 5 spots with teammate Simone Ruffini in 7th.

Full results  can be found here