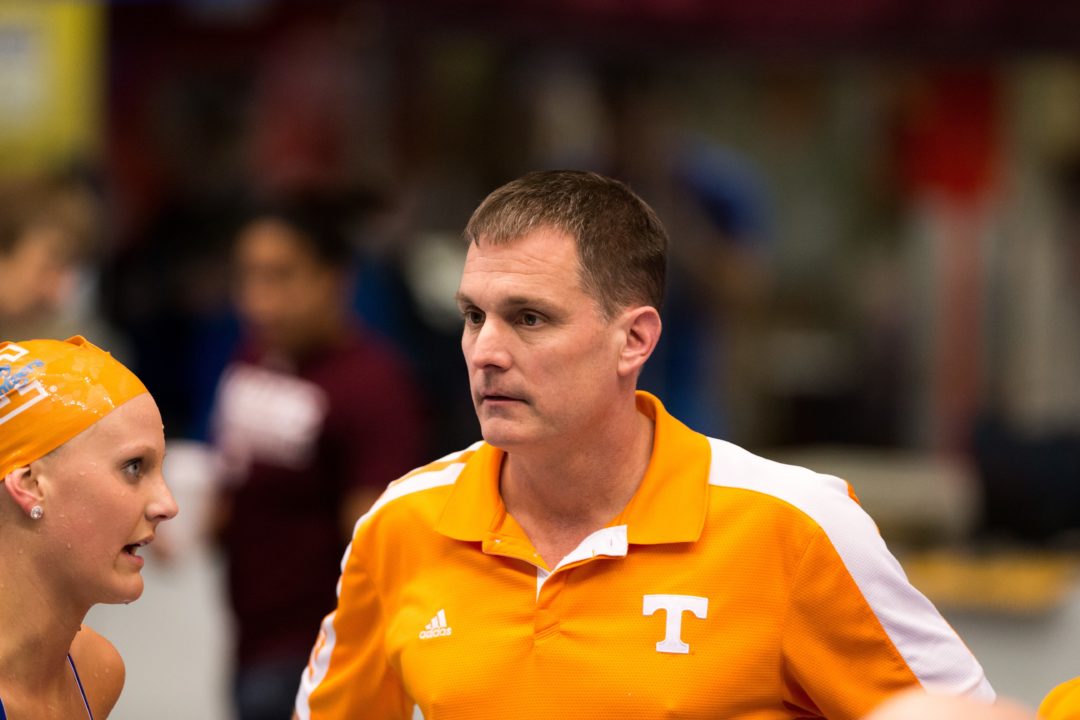 Tennessee head coach Matt Kredich has landed a big international commitment for the fall of 2014. Archive photo via Tim Binning/TheSwimPictures.com

Trinidadian Josh Romany has committed to the Tennessee Volunteers today, which will continue to beef up a class that’s been a little flexible, but overall is coming out as a second-straight great recruiting year for Matt Kredich and crew.

“I had been on two trips before, to Michigan and to Indiana, and when I got to Tennessee, it felt like home,” Romany said of his decision. “I really liked the coaching staff, and I really liked how diverse the coaching staff was, and I think that each one of them has something to offer me. I feel like the international team will be a really good fit for me.”

Romany was a product of the Caribbean pipeline through the Davie Nadadores before that team sort of came apart over the summer, and that program led him to the FINA World Junior Championships, where he was a semi-finalist in the 100 long course freestyle in 50.83.

He now trains with Azura Florida Aquatics under Gianluca Alberani, who is a former Italian international-level swimmer and who is also a Davie Nadadores/Alex Pussieldi product.

As a recap for what happened in the fall, the top score was in-state product Sam McHugh, a versatile freestyle and butterfly swimmer. Though that class was initially a little thin, the return of Evan Pinion (torn labrum in his hip) and David Heron (broken wrist from a skateboarding fall) gives the class a more complete feel, with all four swimmers having international-level potential and aspirations.

Also in the class are Peter John Stevens, a Junior World Champion, and Ryan Coatzee, who is a World Juniors medalist.

Romany is expected to arrive in time to begin classes at Tennessee in the summer, and will partner with 2013-2014 freshman Luke Percy to make a stout, and internationally-experienced, core to the building of this Tennessee program. In total, they’ve got four swimmers who at least semi-finaled at the 2013 World Junior Championships, including three medalists. Add to that Pinion, who won three gold medals at the 2011 Junior World Championships, and Heron, who was the 2012 Junior Pan Pac champion in the 10km in open water, and the Volunteers have assembled an All-Star group of swimmers who have had a lot of success internationally.

Congrats Josh!! I watched both him and Dylan Carter(USC) grow up as swimmers and this kid has the potential to do well. He has to get used to racing in yards and indoors, but once he figures that out, the vols should be quite happy with what he has to offer him. All the best kid!

Very disappointed in UMichigan that they let Josh slip through their fingers. Was encouraging Josh and hyping up my home state and UM – how awesome UM would be for him. He really loved Ann Arbor and the university. Happy you found a “home”, Josh…sad UM lost this Olympian…