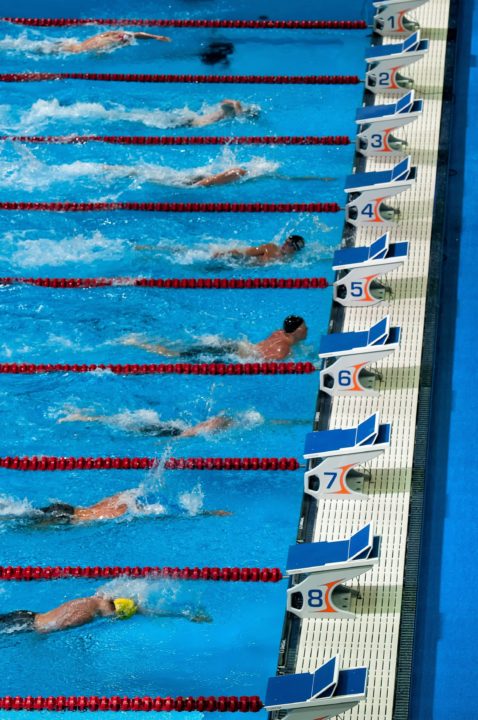 This might be as close as we’ll get to psych sheets until just before the meet begins, but check out the finalized FINA entry lists on their website here:

It appears as though Portugal did not accept their addition to the 400 free, so there will be only 15 teams entered in that event.

There’s not a ton of new information here, the entries have just been changed to be categorized by event, regardless of entry method (previously, they were divided by A-times, B-times, relay-only, and Universality invites). Especially with regard to the relays, don’t take, for example, Phelps’ absence from the American 400 or 800 free relays to mean much. Each country simply listed up to 6, but coaches still have the options of using others on the roster.

Hopefully, this will help our readers fill out their entries for the Olympic Pick ‘Em Contest.

So it looks like Italy is sending 100 freestylers after all.