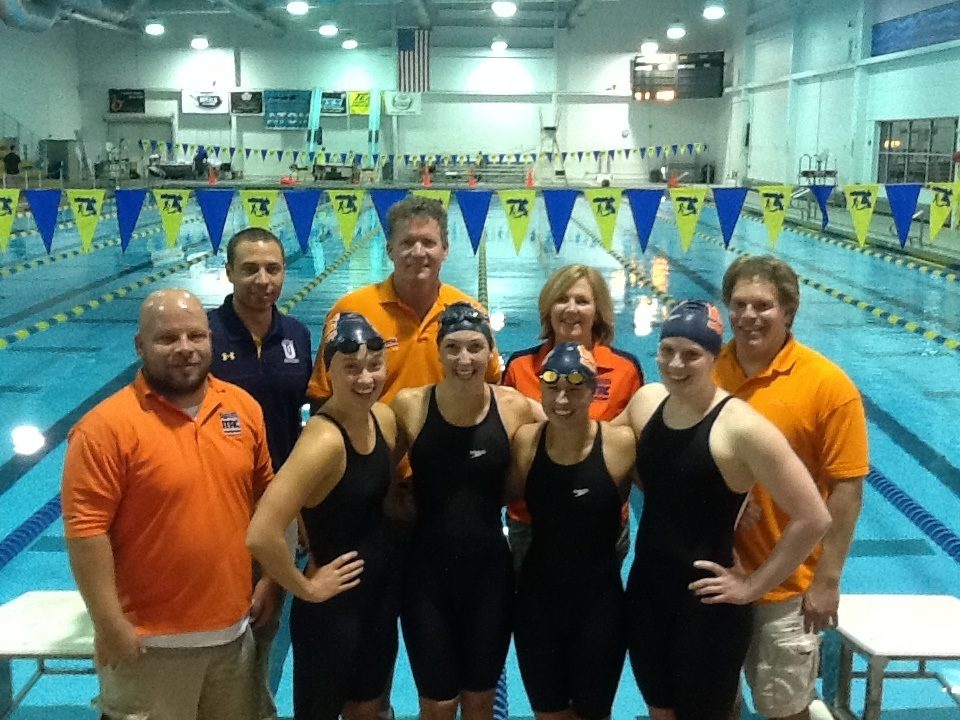 In their second record-breaking performance of the night, an entirely different quarter from SwimMAC Carolina broke the 17-18 National Age Group Record in the 200 meter medley relay on Sunday at the North Carolina Senior Long Course Championships. Faith Johnson, Maria Sheridan, Maija Roses, and Lauren Rhodes combined for a 1:44.37, which broke a record that was set just two weeks ago by the JCC Waves from Orange County, California.

This swim joined a NAG Record-breaker from their SwimMAC 15-16 year old teammates in the 200 medley relay on the same day.

This new record-breaking swim was stunning for a few reasons. One, that it was SwimMAC’s second in a day, as that program has become the masters of relay records, as they now own a total of 18 in the 15-16, 17-18, and 15-18 age groups alone.

Secondly, the leadoff leg by Johnson was incredible. She opened up with a 25.10, which is the second-fastest swim in 17-18 age group history, sitting behind only Kara Lynn Joyce’s 25.00 from 2004. Johnson just completed her freshman season at the University of Tennessee, where she was the co-champion of the SEC in the 50 yard free in her first attempt. She is a North Carolina native, though her most recent club before going to Tennessee was STAR Aquatics.

The full splits of this relay:

The new top 5 fastest in the history of the age group are:

There were a lot of good names at this year’s meet, including in the men’s 50 free where Cullen Jones won in 22.72.

In total, SwimMAC Carolina took this year’s state title by over 1,000 points, and that’s without these time-trialed relays counting toward their total.

Full, live meet results for the championship are available here.