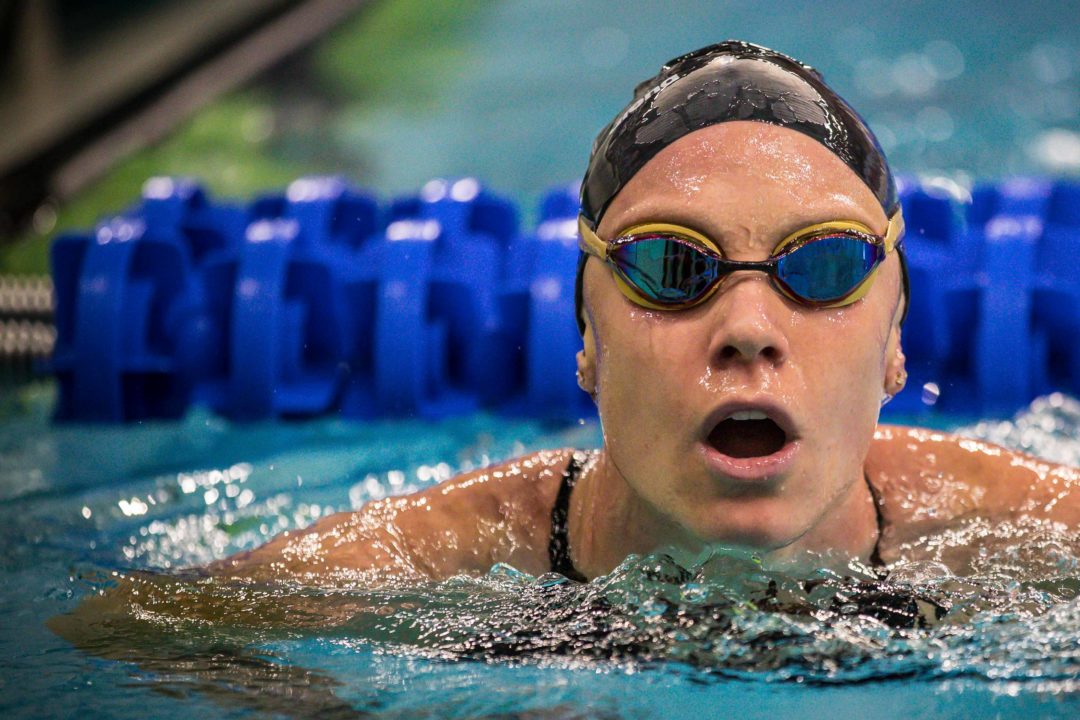 After 2 summers of disappointments, is 2019 the year where Ella Eastin breaks through in long course? Archive photo via Jack Spitser/Spitser Photography

After 2 summers of misfortune, Ella Eastin, who finished her collegiate eligibility in March, is on track for the World University Games this summer, and on Saturday put up a rocket-of-a-swim in the 400 IM final.

Her winning mark of 4:37.18 is technically a personal best, though it’s hard to say it’s outside of expectations of the ability of the fastest-ever in the yards version of the race. Afterall, she did clock a 4:36.96 at the 2017 World Championship Trials before she was disqualified.

Her best swim, then, coming in to the day was a 4:38.43 done this same weekend last season (in Indianapolis), and after that in her rankings comes a 4:38.80 done at the Pro Swim Series in Richmond last month.

Besides that DQ from 2017, she also missed out on a big taper opportunity in 2018 when, just weeks before US Nationals, she was diagnosed with mono. She did swim other races, but sat out the 400 IM.

That 400 IM was her best swim of the weekend, and rannks her 6th in th world this season (and as the top American). The current world leader this season is Japan’s Yui Ohashi, the defending World University Games Champion, who swam a 4:32.00 in November.

I’m glad she gets a notable international swim this year after her luck last year. Gonna need that heading into Tokyo