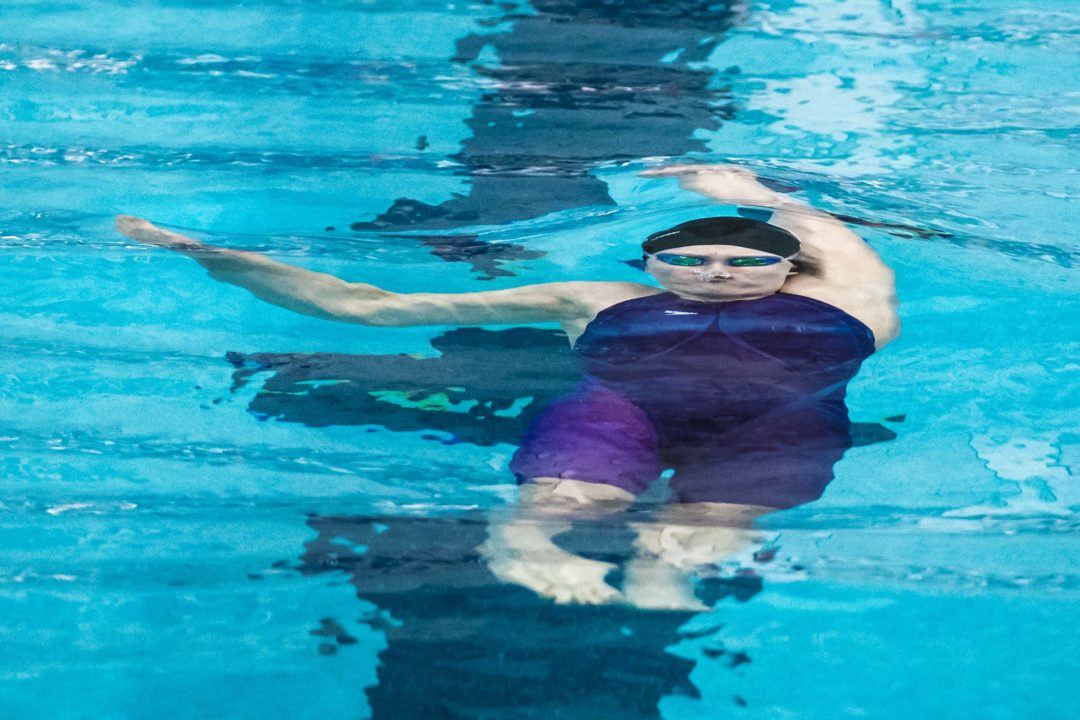 Smoliga swam a season-best in the 100 back, was disqualified, and then had the time reinstated. Archive photo via Mike Lewis/Ola Vista Photography

Update: Smoliga was originally disqualified for a 15 meter violation, but after first posting of this article, she was reinstated.

Olivia Smoliga pulled off a big double on day 2 of the 2019 Atlanta Classic at Georgia Tech. A DQ in the 100 back nearly derailed her day, but ultimately she came away with Meet Records in back-to-back races.

Smoliga touched 1st in the 100 back final in 59.27, which was faster than her own Meet Record of 1:00.13 from 2016. She was initially disqualified, however, for a 15 meter violation. After the race, Smoliga protested to the officials, appearing to be showing them video to acquit her, and officials eventually reinstated her result. Meet officials have not said on what grounds the call was overturned, or whether the video they were shown had any impact on the decision.

Her best time previously this season is a 58.73 from the Des Moines stop of the Pro Swim Series.

In Richmond, she was a 58.73. That was both her season and lifetime best.

And SwimSwam even posted that video interview to boot….

Like the challenge NFL and NHL are facing, should replays be allowed to over turn the referees decision ?

Should replays be allowed to DQ is the better question….. @CodyMiller

I love everyone going after miller like this. Quite fun actually

IF SOMEONE WAS VIDEOING RACES WHERES DRESSELS 2 FLY PRETTY PLEASE