Day 8 Relay Lineups: Adrian Gets The Nod As Anchor Leg For U.S. Medley 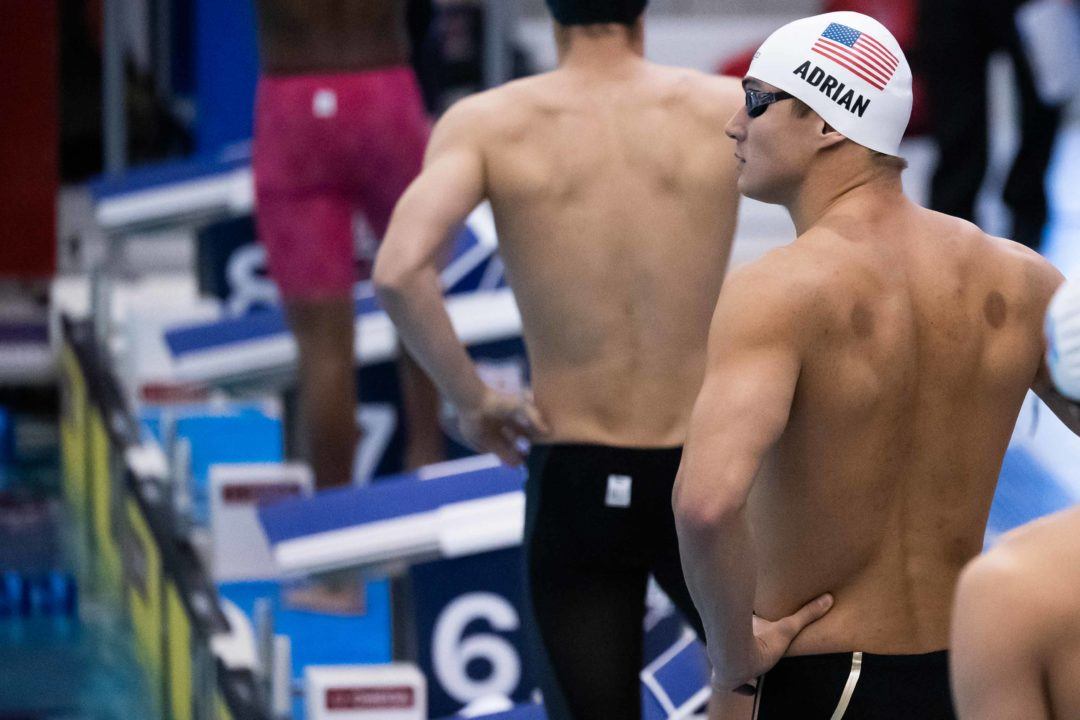 Nathan Adrian will anchor the U.S. men's medley relay final for the fifth consecutive World Championships and will be joined by Murphy, Wilson and Dressel. Archive photo via Mike Lewis/Ola Vista Photography

Team USA is going with Nathan Adrian on the freestyle leg of their medley relay.

The 2012 Oympic gold medalist, who anchored the men’s 400 free relay to victory on day one in 47.08, is set to bring home the men’s medley relay team for the fifth straight time at the World Championships.

On the previous four occasions where Adrian has anchored the Americans have won gold three times, only failing to do so in 2013 when they were disqualified for an early takeover (after touching first). Adrian, who wasn’t the one who jumped early, split 46.69 in that race.

He has also anchored them in this relay at the last two Olympic Games (also wins).

The United States team was one of two to exchange out their entire lineup for the final from prelims, adding Ryan Murphy, Andrew Wilson, and Caeleb Dressel as expected on the other strokes.

The other team to do so was Russia, who add on Evgeny Rylov, Kirill Prigoda, Andrei Minakov and Vlad Morozov. The only somewhat surprising move is bringing in Morozov after Vladislav Grinev split 47.2 in the heats.

Great Britain has made one change, adding Adam Peaty and dropping James Wilby on breaststroke as anticipated, and so has Australia who insert Kyle Chalmers on the anchor leg. China also exchanged their freestyler, moving out He Yunyi for Cao Jiwen.

If Larkin puts in one of his better swims in the leadoff for the aussies, we are a dangerous chance out in lane 2 tonight!

Hope to be wrong, but I’d rather see Apple instead

Opps, guess I was right

I knew this Adrian Sub was just a gift for being out of A relays all meet. I’m sorry but it should’ve been Zapple